Nigerian music star Timaya is set to release a new song titled Bam bam featuring talented rapper, Olamide.
Timaya who currently released “To U” in July, who also featured on Aramide’s “Fall On Them” and Waje’s “Kpolongo” shows no signs of slowing down as he enlists the services of YBNL boss “Olamide” on this new piece titled “Bam Bam“ 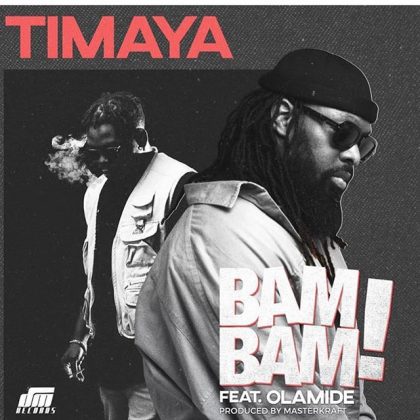 “Bam Bam” was produced by Masterkraft, and fans can’t wait to get this song which has already been described as a hot collaboration. Timaya has announced that the song, both audio and video will be released on Friday.

Senator Adeleke is wanted by the ...