Governorship candidate of PDP in Osun state, Senator Ademola Adeleke who is known for his dancing has thrilled the audience again.

The politician who came to prominence following the demise of his brother, Isiaka Adeleke was seen at a campaign venue in Osun State today thrilling a large audience with his dancing skills rather than his economic or political party’s manifesto.

Senator Adeleke has been accused of not possessing the minimum educational requirement (school leaving certificate) for the governorship position. He has also been missing public debates with his fellow contestants, recent reports state that he had an F9 in English language.

The alleged certificate scandal however hasn’t stopped him from pulling a large crowd at public gatherings. His nephew, Nigerian superstar, Davido was also at his campaign entertaining the audience with good music. 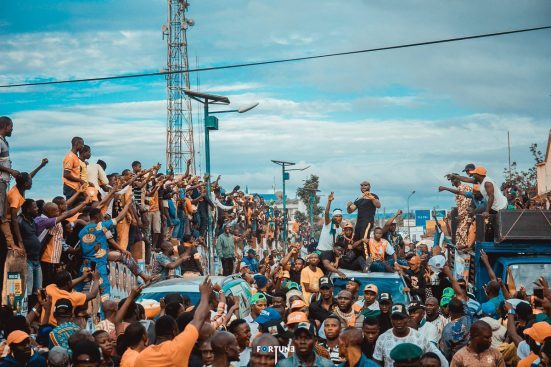