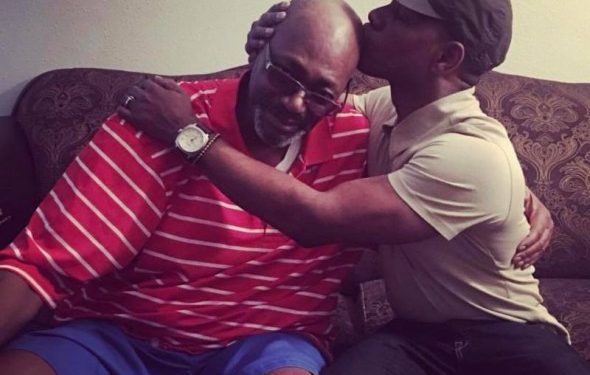 Popular gospel musician, Kirk Franklin took to Instagram to open up about his biological father whom he has never met.

In his post, he talked about forgiving his father who is dying alongside a photo of himself and his father. His father gave him up for adoption when he was born.

His post read: “Two days ago, I received an anonymous call that my biological father, who I never knew, has three-six months to live. I’ve lived my entire life hating this man. He and my biological mother gave me up for adoption, and it left me never feeling good enough….to this very day. I took my hate for him and used it as fuel to be the best father I could be for my own. But what I did wrong, is I never took that fuel, and turn it into forgiveness….and that is wrong. Wrong for him, me, and the God I proclaim to represent. How can I preach what I don’t practice.”