Babachir Lawal: My sack was a blessing in Disguise…. I made almost N500m from my Farm Last Year

Former Secretary to the Government of the Federation (SGF) Babachir Lawal has spoken out for the first time since his sack. 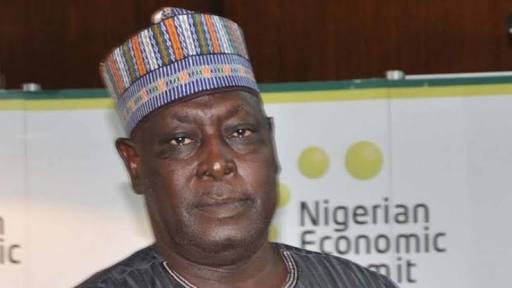 Lawal was sacked by President Buhari over allegations bordering on misappropriation of funds. However, Lawal seems to have moved on and even benefitted from his sack. According to Vanguard, Lawal who was speaking to journalists on Monday in Abuja, said:

“Let me shock you, before I came into government, I have been in business, I was a very successful businessman. I am a world renowned IT consultant and I have a very large farm, spanning over 1,000 hectares, which I abandoned to join governance.

I was earning N930, 000 monthly as the SGF, now that I have returned to my farm and reactivated it after my sack, I now have 4,000 hectares under cultivation. Last year, I earned close to half a billion Naira from my farm proceeds. I have a cattle ranch that I am developing gradually and I am back to IT consultancy, life is now good.

Everything that happened to a man is for his own good; my sack I would say, is rather a blessing in disguise. Let me tell you, nothing happened to me. Right from the beginning of the saga, I knew that the whole thing was fabricated and that was why I did not give any damn from the beginning.

The reason some people don’t like me is because I am so confident of myself. Did you hear me defend myself that time, I didn’t do it and I will not do it because I know that they are fabricated.”

On rumours that he nominated Boss Mustapha, the incumbent SGF, Lawal said: “he is however my brother and I cannot deny him”