Men Have A Higher Rate Of Dying By Suicide – Chimamanda Adichie 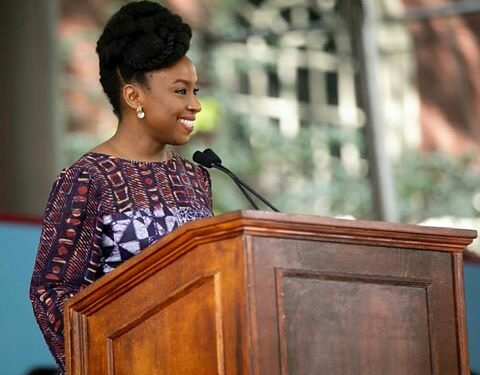 While giving a speech at Hubspot’s 2018 Inbound Conference, award-winning Nigerian author, Chimamanda Ngozi Adichie, revealed that men have a higher rate of dying by suicide as opposed to women.
According to TheCable, Chimamanda attributed the situation to patriarchy, which she says is both a blessing and a curse to men, adding that men are trained to suppress emotions, not to show vulnerability or ask for help.
She said: “Both men and women suffer from the illnesses that lead to suicide but it is men that have a much higher rate of dying by suicide.

“Why? Because men are socialized to suppress so many human parts of themselves, men are socialized not to ask for help, men are socialized to be afraid of fear, men are socialized not to show vulnerability.
“From the moment we tell a little boy that ‘boys don’t cry’ or we tell a hurting teenager to ‘man up’ we are creating an adult man who will be cheated of the full range of his emotions. So, while men benefit from patriarchy, they also suffer from it.”
On gender equality, Chimamanda says there is no difference between men and women, adding that women should not be viewed differently or given special treatment.
She said: “There is nothing a woman should be because she is a woman, and there is nothing a man should be because he is a man.
“Women are not special, women are human, women are flawed just like men… If we keep saying women are special, then we judge them at a higher and unfair standard.”

THE PRODUCERS OF THE NEA ANNOUNCED THE ...