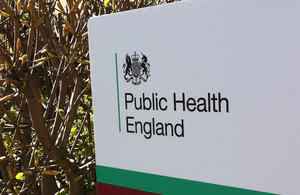 Public Health England (PHE) has announced that the first case of Monkeypox has been recorded in the UK, and the patient is a resident of Nigeria, who has recently arrived in UK.

“The patient was staying at a naval base in Cornwall prior to transfer to the expert infectious disease unit at the Royal Free Hospital, London where they are now receiving appropriate care.

The patient is a resident of Nigeria, which is where they are believed to have contracted the infection, before travelling to the UK”.

“Monkeypox is, in most cases, a mild condition which will resolve on its own and have no long-term effects on a person’s health. Most people recover within several weeks.
It is a rare disease caused by monkeypox virus, and has been reported mainly in central and west African countries.
It does not spread easily between people and the risk of transmission to the wider public is very low. We are using strict isolation procedures in hospital to protect our staff and patients”.