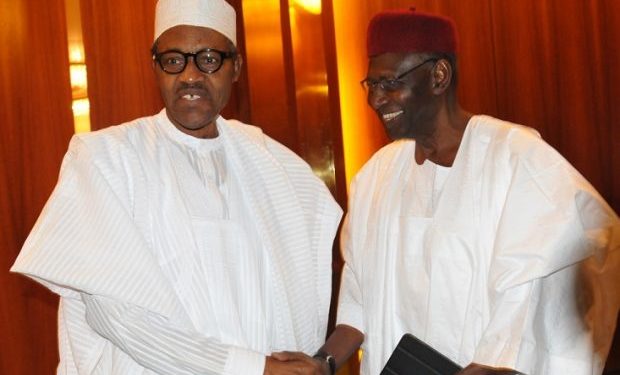 Following accusations of serious corruption against chief of staff to President Buhari, Abba Kyari, the presidency has reacted saying all allegations were untrue.

According to one Bako Kyari, who identified himself as a nephew to the chief of staff, during a recent radio programme on Berekete Family Radio 101.1FM, Abuja, said Kyari and one Sani Ado, whom he claimed worked with the Bureau of Public Procurement (BPP), collected N29.9 million from him in order to facilitate the award of a contract.

The presidency reacted to this allegations in a statement by presidential spokesman Garba Shehu who warned media houses against hasty publication of unverified accusations against government officials simply for the sensationalism value, without journalists doing the due diligence required of them by their profession.

Shehu insisted that the said contract is “hinged on fiction” while hinting that Kyari has instructed his lawyers to file a libel suit against those who peddled bribery allegation against him.

The Presidency takes strong offence to the improbable and outlandish publication by Punch Newspaper today (Saturday) in a dig at presidential aide Abba Kyari who was alleged to have collected a 29 million naira bribe for the awarding of a contract.

We wish to state with full authority that the allegation is wrong and the Chief of Staff did not have any private meetings with the person making those allegations.

What is even more surprising is the decision by the newspaper to run the cooked up lies despite obvious loopholes in the story, such as the Bureau of Public Procurement’s denial that a major source for the story was a member of their staff. With a slew of crucial elections ahead, some politicians and their media agents appear to be working together to build pressure on the Buhari administration by wielding non-existent scandals against it.

We equally note that the supply of 15 Hilux vehicles for the Presidency was an unlikely contract to have been awarded, as it did not exist anywhere in the 2016 and 2017 budgets.

Checking the appropriation for 2016 and 2017, that request is not even there. How could Abba Kyari have asked for money to award a contract that did not exist anywhere at all?

In addition to that, the amount allegedly given in bribe was also suspicious, as the office of the presidential aide had been known in the past to receive imprest of 200 million naira and above every month, with no one expected to give account.

It was only since Abba Kyari occupied that position that things changed.

In blunt terms, it is difficult to make a case of N29 million bribery against an official who spurned a monthly payment of N200 million to his office, money for which he didn’t need to account to anyone.

Once again, we wish to caution against the media’s haste to publish unverified accusations against government officials simply for the sensationalism value, without journalists doing the due diligence required of them by their profession.

The Punch was notified of the various falsehoods contained in the allegations but still went ahead to publish the weak accusations. They should be prepared to face Abba Kyari in court.

2019 Election! President Buhari Supports Use of ...

Broda Shaggi talks about how he started ...