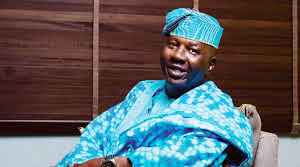 Veteran Nollywood actor Babatunde Omidina who is popularly known as Baba Suwe, has in a new interview, opened up to Punch‘s Tofarati Ige and Joy Marcus on his case with the National Drug Law and Enforcement Agency (NDLEA).

In 2011, the NDLEA arrested Baba Suwe at Murtala Mohammed International Airport on the suspicion of carrying cocaine in his stomach. He was detained for three weeks by NDLEA but no drugs were ever found.

A Lagos High Court ordered NDLEA to pay the sum of N25 million as for unlawfully detaining him and also tender a public apology to him, both of which wasn’t done till date, according to the actor.
Baba Suwe in the interview, said that he’ll be releasing a movie soon on his ordeal. He also opened up about falling in 2016, childhood, getting into acting and more.

On actor Yomi Fabiyi raising alarm that he was critically ill in 2016:

He is my son and I don’t know why he did that. People told me about all what he said. There is nobody that cannot fall ill; we just pray that God shouldn’t visit us with a problem that is bigger than us. Truly, I was sick, but it wasn’t as bad as he painted it. As you can see, I am very well now. There was never a time when I was carried around.

On the nature of the illness:

I am diabetic. As a result of that, my blood sugar level usually fluctuates but things are normal now. There was a time when I could not even talk. Very soon though, everybody will see me in another dimension in a movie.

On whether the detention by the NDLEA contributed to the illness

Yes, it did. I believe I was framed up in that particular case. That wasn’t my first time of travelling out of the country and I had never been arrested for something like that. They took me to a lot of big hospitals and laboratories but nothing was found in me. The judge who handled the case later told the NDLEA that if they did not retrieve any illegal substance from me, they should let me go.
On the day I was arraigned in court, the crowd that came to witness it was so massive; you would have thought they came to see a movie. At a point, I couldn’t bear it anymore and I shed tears. I was made to sleep on a bench in an office at the airport throughout the time I was in NDLEA’s custody. I usually ate three times in a day and I excreted more than 30 times while I was there; yet they couldn’t find anything. I was even taken to a place where they flushed my insides with water and they still came up with nothing.

He eventually said he will be making a movie on his ordeal, he said: “Yes, it will be out soon. The title will be, ‘Oya’gbe ti’.”

2019 Election! President Buhari Supports Use of ...