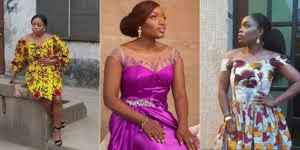 Big Brother Naija star, Bisola Aiyeola, who was earlier quoted to have said that she doesn’t owe her success to the reality show, big brother Naija has come forward to debunk the news as a misnomer.

Bisola, who received the Trailblazer’s Award in recognition of her impact in the developing African film and television space, was said to have said this few minutes after receiving the award:
“I started out in the entertainment industry in 2006. In 2008, I was on MTN Project Fame West Africa music realty TV show. I have been an actress prior to Big Brother Naija. I wouldn’t say that BBN gave me all or the mileage that I am getting now. I am stressing it because a lot of people may think I woke up one day and just went for an audition.
“I attended the Big Brother Africa audition for over eight years before I finally made it into the BBN house. So, it has been a journey and I didn’t give up.”

However, few minutes ago, Bisola wrote this on her Instagram page to correct the misconception:
“Like really???? There’s a misleading headline circulating published by Punch Newspaper and copied by several blogs. It says: “I do not owe my success to BBN – Bisola. ’ For the avoidance of doubts, this is a misnomer and does NOT represent my views. It erroneously portrays me as an ingrate and a usurper which is not who I am and you all know this.Why would I say this on the night I won the TRAILBLAZER AWARD ? I practically auditioned for 8 years to get into Big Brother Nigeria. If it wasn’t so important, I wouldn’t do that.
I end this with my BBN Appreciation post on my IG on April 10, 2018…..”

HARRYSONG THANKS FANS AFTER FIRST SESSION WITH ...