Nigerian comedian, Kenny Blaq whose real name is Otolorin Kehinde Peter has just been named amongst 100 most influential young Africans. He is named alongside other African influencers such as Lupita Nyongo, Davido, falz , Toke Makinwa and many more. 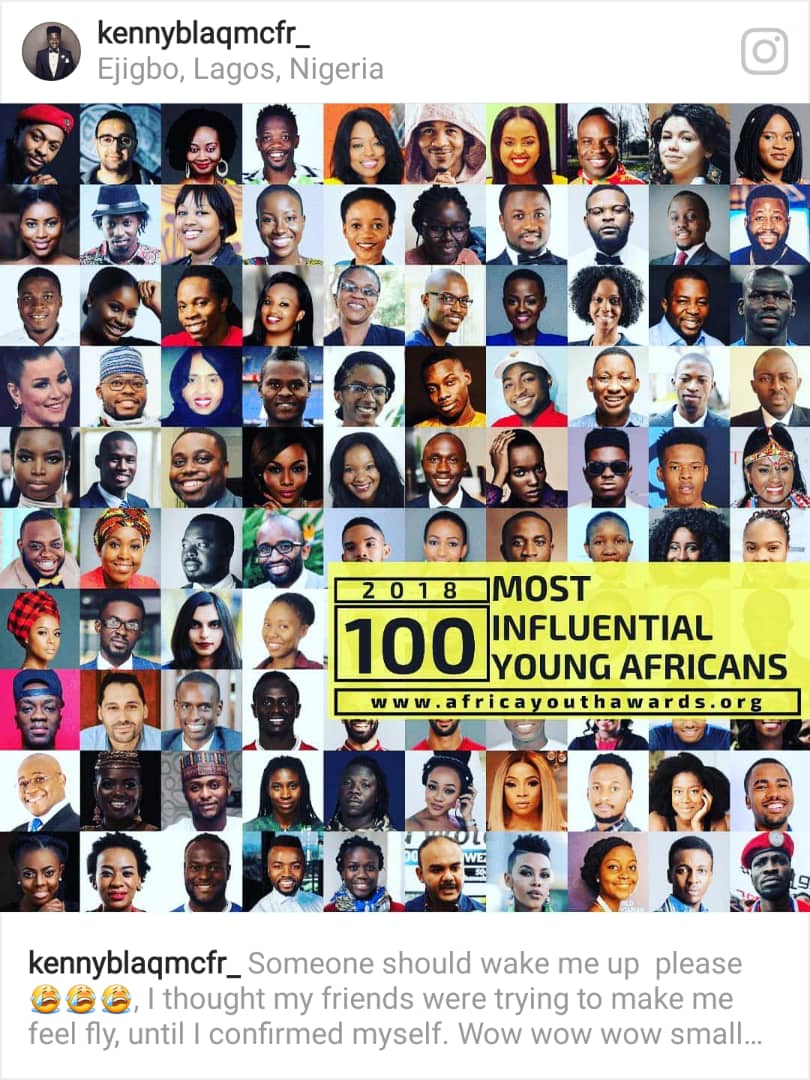 Kenny Blaq was once honoured by Naija fm with awards for his excellent acting and his comedy is often referred to as sincere, dynamic, and very entertaining.
In 2015 and 2016, he was named the comedian of the year, an award which was given to him in Egypt at Middle East Africa Music Awards (MEAMA) for his incredible performances.
The comedian has also performed in England and Dubai, where he gathered a number of foreign fans. The excited comedian had this to say on Instagram:

“Someone should wake me up please ???, I thought my friends were trying to make me feel fly, until I confirmed myself. Wow wow wow small me OTOLORIN KEHINDE PETER aka KENNYBLAQ aka GOD’S GRACE AMBASSADOR, aka THAT BLAQ BOY FROM EJIGBO. Is on the list of 100 most influential young Africans alongside some amazing people. (You self see people wey I dey the same list with na) This can only be GOD, I am just a vessel. Join me CELEBRATE #ejigbototheworld”.
Congratulations to Kenny Blaq.