‘I’ve been better than you this entire decade.” Joe Budden tells Eminem 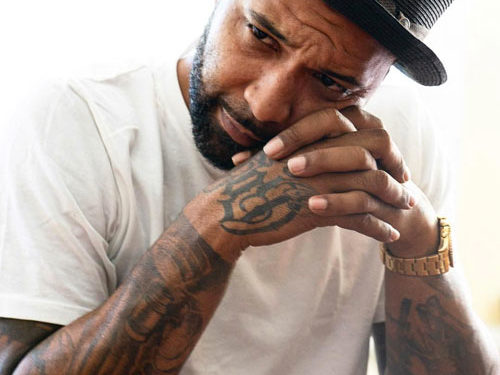 Joe Budden has replied Eminem and says he has been the better rapper of the two over the last decade.

Joe Budden was discussing Eminem’s Kamikaze album and the shock waves it sent through the rap community, on his popular podcast.  In the album, Eminem, not known for holding his punches, dissed a lot of rappers, including Joe Budden, on the album’s opening song, Ringer. Amongst others, Budden was one of those at the receiving end of Eminem’s wrath, with the Detroit native saying of the former member of the group, Slaughterhouse:

“I’m sorry, wait, what’s your talent? Oh, critiquin’/My talent? Oh, bitch, I don’t know who the fuck y’all are/To give a subpar bar or even have an opinion of you/You mention me, millions of views, attention in news/I mention you, lose-lose for me, win-win for you/Billions of views, your ten cents are two.”

Budden, whose Podcast is one of the most listened to podcast on rap and culture used his platform to reply. While accepting that Eminem was a great rhymer, Budden believes the Toronto native has lost touch with the times, and hasn’t said anything valuable in 10 years.

With his two co-stars flanking him, Budden said:

Since you’ve been in this megastar cocoon. That’s what happens to the megastars, y’all stay in cocoons. you popped off quick. They sheltered you your whole fucking career. Who was selling records like that? You fucking superstar n—-s been sheltered and bored.Machine Gun Kelly is right. Y’all been slaves to your own superstardom,”

“Let me tell you what Joe Budden has thought this entire time. I’ve been better than you this entire fucking decade!”

The new jersey resident then insist that Eminem was all rhyme, and no substance, over the last decade, at least:

“I heard the album, and because I don’t think you know all the members that were in the group, I don’t really think you know our history,” he continued. “Let me tell you what Joe Budden has thought this entire time. I’ve been better than you this entire fucking decade!”