Famous Nigerian popstar, Davido was a guest on the popular New York based radio show, ‘The Breakfast Club’ with Charmalagne and DJ Envy on Tuesday, September 4th. 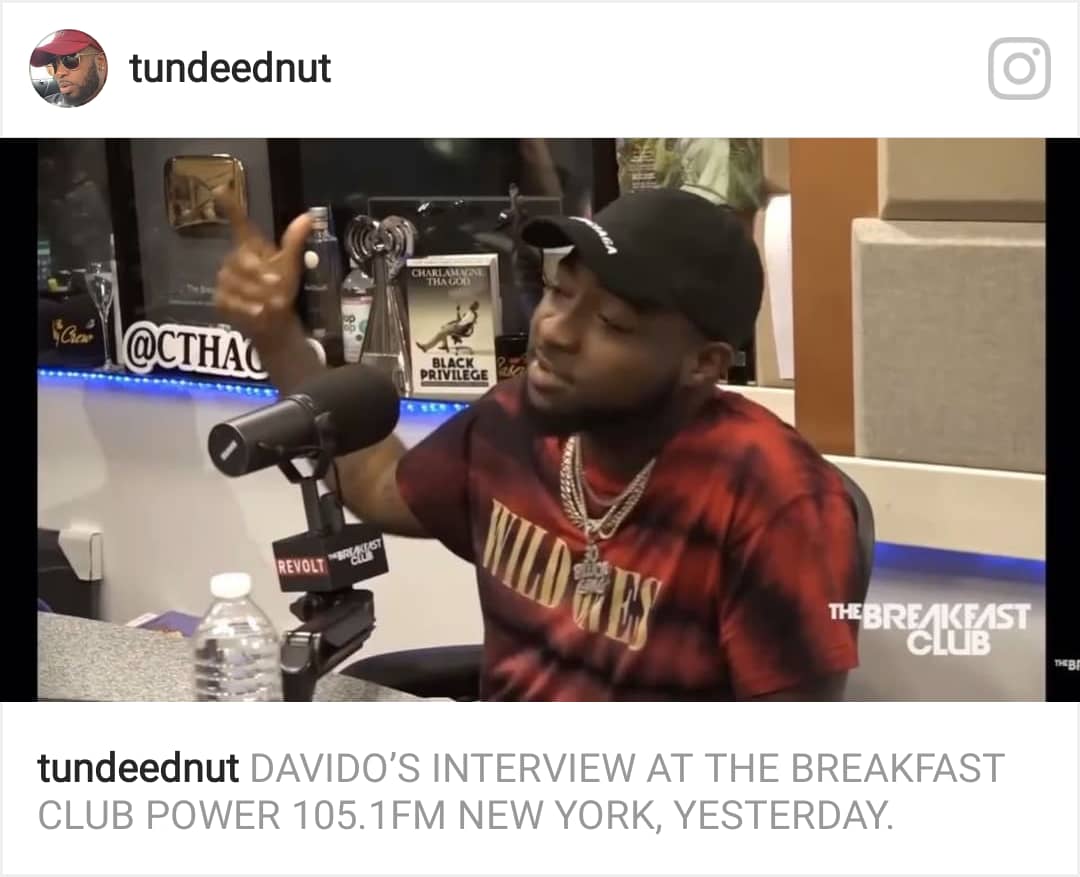 Davido made an appearance on the most syndicated radio show in the world, Power 105.1fm’s ‘Breakfast Club.’
Davido who is currently on a tour of the United States continues to forge in the direction of global acceptance and spreading the Afrobeats movement as he was a guest on the show.

Davido announced via a tweet, that he will be appearing on the show and asked his US fans to tune in.
He spoke about his upbringing, growing up in Nigeria, how he took to music and the success of Afrobeats. This makes Davido only the second Nigerian artist to appear on the show following rapper Ice Prince, who was a guest in 2015.