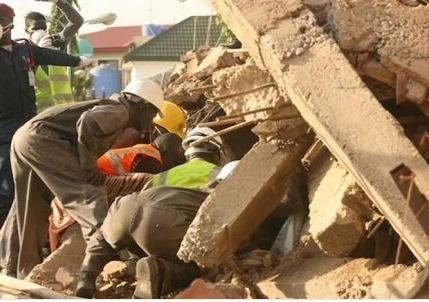 The Catholic church is located in Adagbrasa, Okpe local government area of the state.

Chief Press Secretary to the Delta State Government, Charles Aniagwu, confirmed the incident in a statement released on behalf of governor Ifeanyi Okowa. 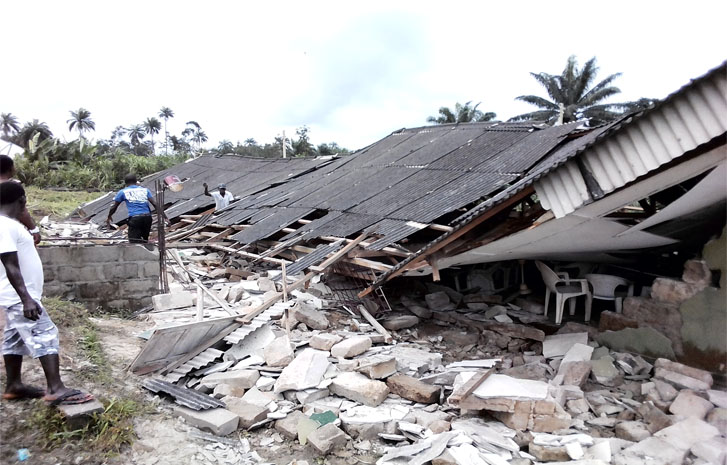 He described the church collapse as “very sad and unfortunate”.

“On behalf of the Government and people of Delta State, I commiserate with the family of the deceased and those injured, the Speaker of the Delta State House of Assembly, Chairman of Okpe Local Government Council, Chief Julius Scott, the Orodje of Okpe, HRM, Orhue 1, Major Gen. Felix Mujakperuo (retd) and the entire Ugolo community in Okpe Kingdom over the unfortunate incidence.

“It is our prayer that the soul of the deceased will rest in peace, and that the injured will experience quick recovery.

“Our thoughts and prayers will continue to be with the people of Ugolo in Okpe Kingdom over this tragedy.