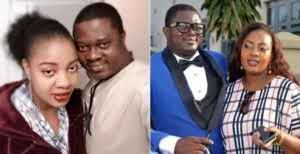 Veteran Yoruba actor, Muyiwa Ademola has admitted that there was a time he became depressed and felt he was no longer needed in the movie industry.
In an encounter with Sunday Scoop, the top actor said the influx of comedy movies almost made him give up a career he had always loved.

He stated, “I have been depressed before and I thought it was over for me as an actor. I am a serious film-maker, unlike some of my colleagues who do comedy. When there was an influx of comedy movies in the industry, marketers wanted me to shoot comedy too. I tried to emulate my colleagues, but it didn’t come to me naturally. Later, I realised that I was not made for comedy movies; I am made for serious and touching stories. I felt depressed during that period. I had stories that once you saw them, you would just go home and sleep. I felt dejected and thought it was over for me as an actor. But my wife helped me through those times. She assured me that it was a passing phase and it was actually one.”
Ademola, who plays a key role in a new movie, Bipolar, argued that a lot of people were battling depression.
He stated, “Most people are depressed, including celebrities. It begins like a child’s play and grows to the point when suicidal thoughts set in. You may think an individual is rich or has everything, but it is not always so.”
Speaking on his role in Bipolar, he said, “I play the role of a psychiatrist who discovers that a lady has bipolar. It is a film I like all Nigerians to watch as we talk about an issue most people ignore. Both the rich and the poor suffer from it; there is a need to show love to people living with bipolar. If you don’t do that, they will get to a point where they think everyone hates them and committing suicide becomes the next option.”