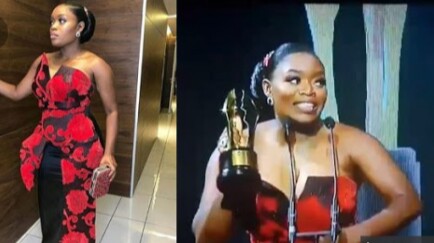 Bisola did not just take the award home she also walked away with a car key as the award comes with a brand new car courtesy of Multi Choice Nigeria.
Bisola was part of the contestants at the 2017 Big brother Naija 3 reality TV show. Congratulations to Bisola Aiyeola.