Popular media personality, Toke Makinwa who has recently been accused of going for cosmetic surgery has just replied a troll who mocked her photo on Instagram.
The OAP has been flaunting her more curvaceous physique lately and people have been wondering how it came to be – a doubtful follower decided that the media personality must be up to some serious photo editing skills. 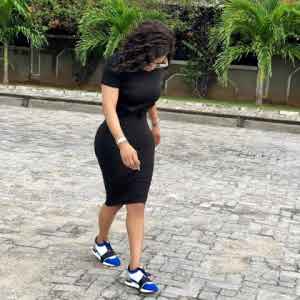 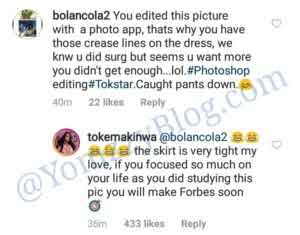 After the troll accused her of editing her photo because she wasn’t satisfied with the result of her surgery, Toke responded that the troll would be better off paying attention to his/her personal life and not a picture.
Toke has also recently revealed that she is set to delve into music. She posted a video of her studio-session with the popular music producer, Cobhams Asuquo, through her handle: @tokemakinwa and she wrote, “something is coming, working with the greatest Cobhams Asuquo.
“I intend to live my life with no regret, no opportunity wasted and no looking back #onbecomingmore super excited.”