Nigerian ladies Slam DJ Cuppy Over Her Comments On feminism

Nigerian disc Jockey, and billionaire daughter, DJ Cuppy has come under fire for her recent comments on feminism during an interview. 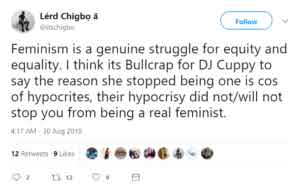 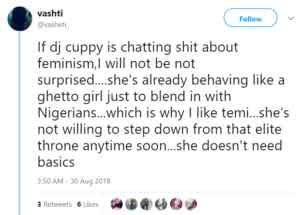 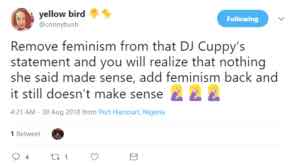 In an interview with City FM, she said, she used to consider herself a feminist, until she realised that she did not really understand it. She also said she doesn’t like people who are hypocrites, that people are out there speaking about women rights, but behind closed doors are doing different things.
The things she said in the interview however didn’t go down well with some women on Twitter, and they took to the platform to slam her.