South Africa’s diamond, Minnie Dlamini-Jones is all set to host the annual Africa Magic Viewers Choice Awards for the third time. She will be hosting alongside Nigeria’s IK Osakioduwa.

For two years, the lovely duo have thrilled guests and viewers as hosts of the AMVCA’s with their brilliant synergy, charm and infectious wit.

The AMVCA’s are one of the biggest celebrations of film and television talent across Africa with the first edition being held in 2013. Now in its sixth edition, the show promises to be even bigger with top contenders from across Africa vying for honours in the voting and non-voting categories. 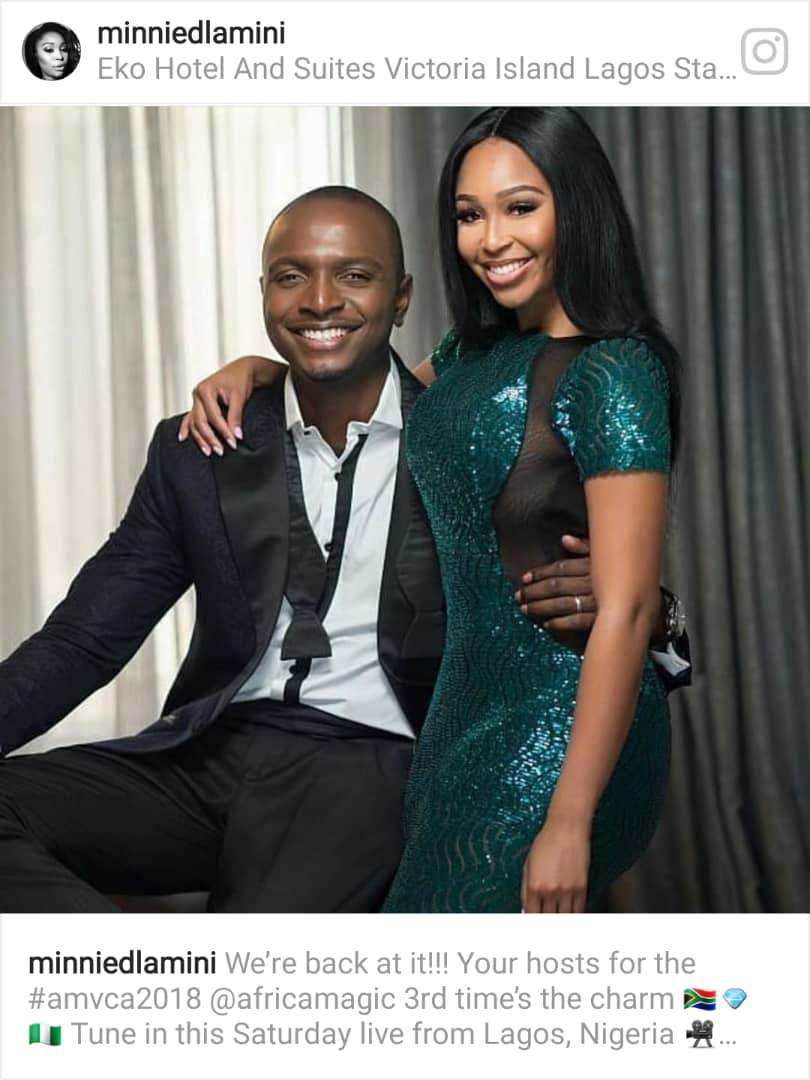 Wangi Mba-Uzoukwu, Channel Director of Africa Magic said, “We are delighted to once again celebrate outstanding achievements in the African film and television industry on the platform of the AMVCAs. As always, we promise a night filled with exciting and stellar performances led by some of Africa’s biggest names in the music industry. Our viewers at home will not miss a moment of the event as they can tune in to all Africa Magic channels on Saturday, 1 September to see who wins the coveted AMVCA titles”.
The awards will be aired live Africa Magic channels on DStv and GOtv.