Popular Nollywood actress, Opeyemi Aiyeola is 41 today. The beautiful, gifted, creative and talented actress is known for her ability to interprete any movie role or character given to her by movie directors and producers in Nigeria. 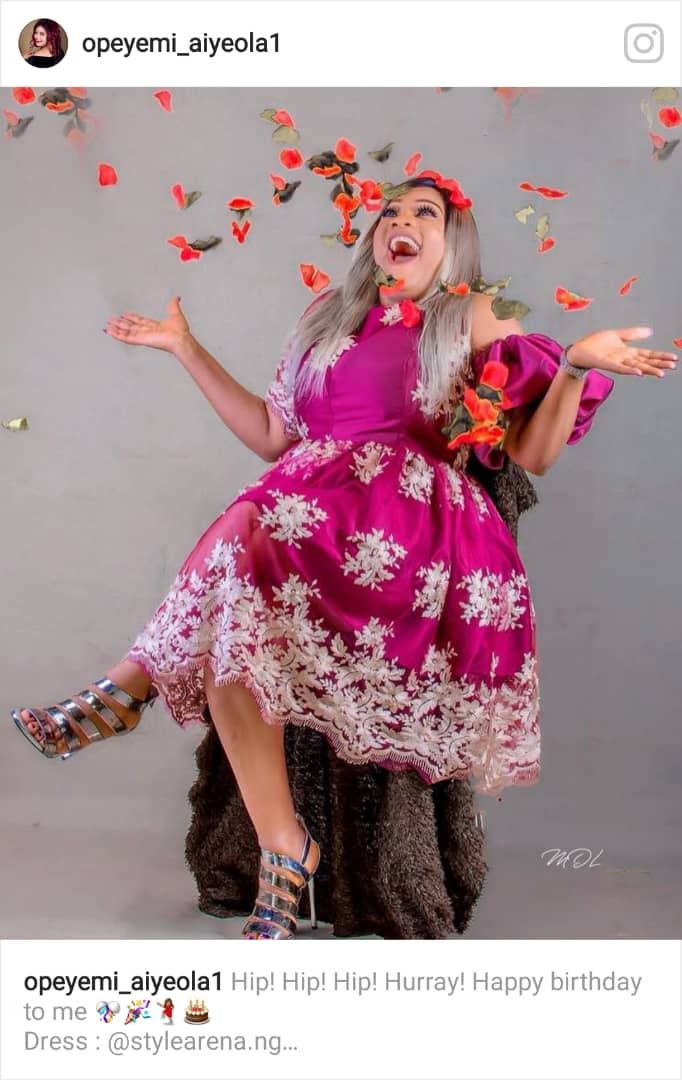 Opeyemi Aiyeola who is currently based in London, United Kingdom with her family, has a group called Opeyemi Aiyeola Rehearsal Group, which nurtures upcoming talents.
She rose to fame after acting in the Yoruba popular movie “Ige Adubi” a movie that brought her to limelight and has since produced and acted in several Nollywood movies which include Aso Iye, Teni N Teni, Ige Adubi, Timileyin Oluwa, Onilara, Apaadi, Adun Ifu, etc.
In 2015, Opeyemi Aiyeola won the award for Best Supporting Actress (Yoruba) at the Best of Nollywood Awards.
Happy birthday Opeyemi Aiyeola.