Chairman of the Lagos chapter of the People Democratic Party (PDP), Moshood Salvador, has announced his intention to defect to the All Progressives Congress (APC). 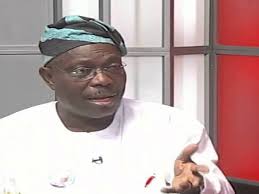 Salvador revealed his motive for decamping from the opposition party on Monday, while addressing party members at his office in Lagos. He said he was leaving the party because the party didn’t appreciate his efforts.

He said\; “I am not happy that I am leaving the party. But since they don’t appreciate my efforts, I have to move to where my efforts will be recognised.

“The PDP National Chairman and other party chieftains at the national level have been calling me to discourage me from leaving, but there is no going back. I have to take my people to where they will make progress, so the APC is the only party that can guarantee this.”