4 Dead and 11 Wounded In Florida Shooting

4 people have been confirmed dead while 11 others are wounded after a white man opened shooting at the Jacksonville Landing complex in Jacksonville on Sunday afternoon.

The multiple fatalities have been confirmed by the Jax Sheriff’s Office. The office also confirmed the white man is amongst the fatalities. 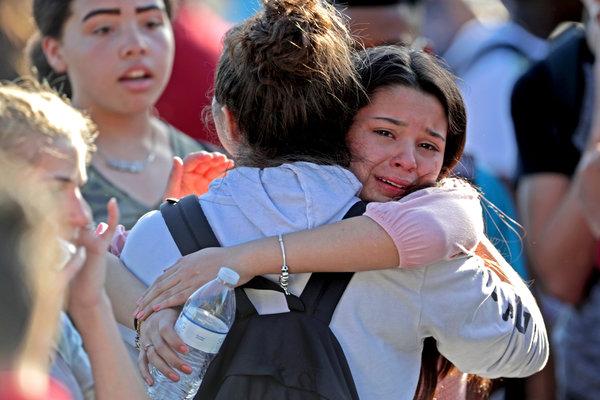 The shooting took place during the Madden NFL online gaming tournament, which was being hosted inside the Chicago Pizza restaurant. Witness said the shooter was a player who had just lost in the tournament. It is also believed he had a laser to his gun to help target his victims better.

The unnamed shooter, whose detail the authorities won’t reveal for now, shot multiple people before killing himself.

A livestream of the event captured the horrifying scream of victims as the shooter opened fire at the Jacksonville Landing.  Commentators went silentt as the first gunshots were heard followed by screams.

Many people, too scared to leave found hiding in locked areas at the landing, the Jax Sheriff’s Office said.

‘We are finding many people hiding in locked areas at The Landing,’ they tweeted.

‘We ask you to stay calm, stay where you are hiding. SWAT is doing a methodical search inside The Landing.

‘We will get to you. Please don’t come running out.’

Bush and Obama Expected to Speak At ...