FEMI OTEDOLA AND FAMILY HOST STAR SINGER, SEAL AND HIS SON FOR DINNER

Famous Nigerian billionaire, Femi Otedola took to Instagram to reveal that he hosted star singer Seal and son in his home for dinner. Henry Olusegun Adeola Samuel known professionally as Seal, is an English singer and songwriter. He has sold over 20 million records worldwide, and his most celebrated song “Kiss from a Rose”, was released in 1994.

The 55 year old has won multiple awards throughout his career, including three Brit Awards, as well as four Grammy Awards and an MTV Video Music Award. He was a coach on The Voice Australia in 2012 and 2013 and he returned to Australia to work as a coach in 2017. 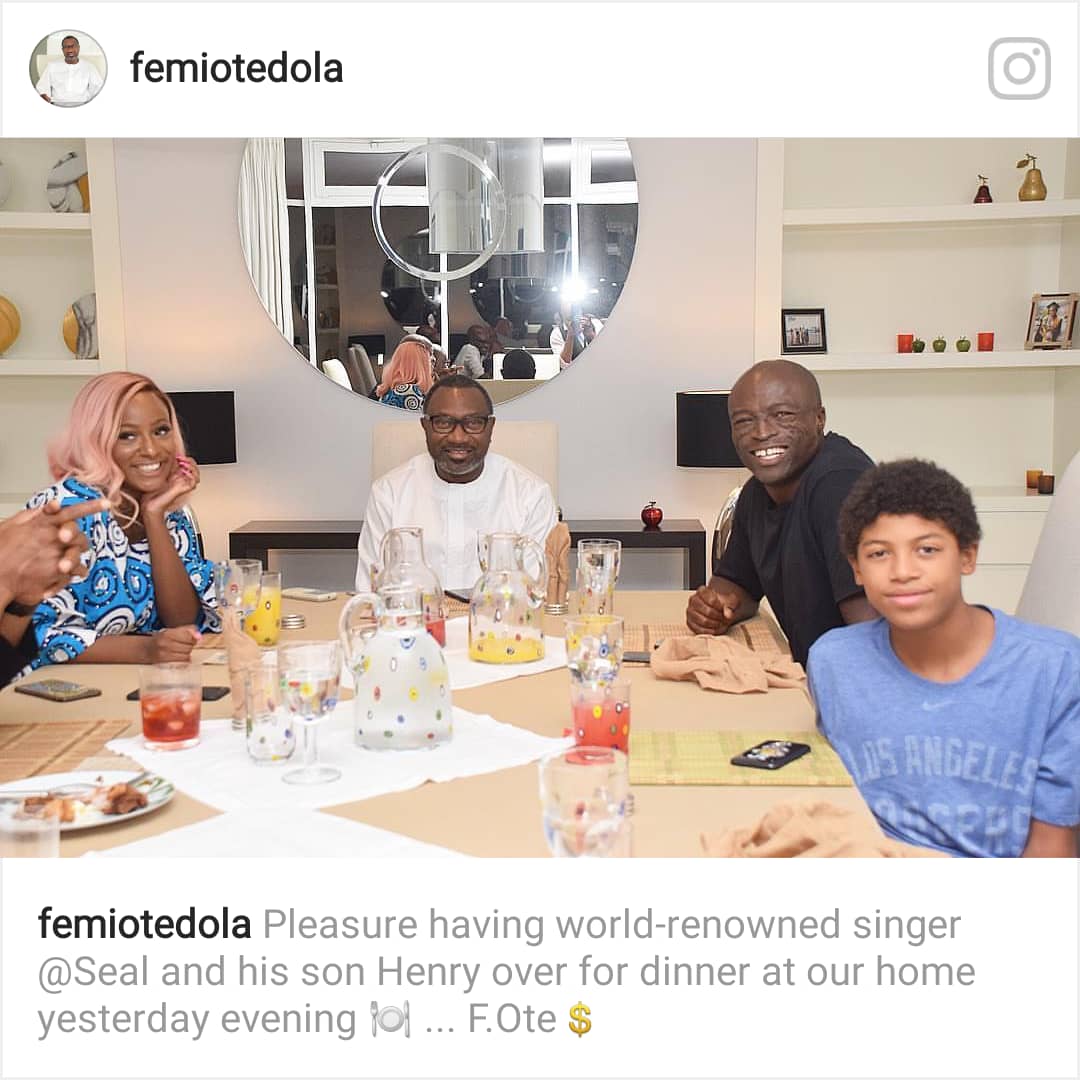 Femi Otedola shared a beautiful group photo with the caption:
“Pleasure having world-renowned singer @Seal and his son Henry over for dinner at our home yesterday evening ? … F.Ote?”