President Muhammadu Buhari has revealed why he walked for 800km in Daura, Katsina state on Salah day.

There had been widespread reports that the President trekked for the distance to prove his fitness for re-election next year. 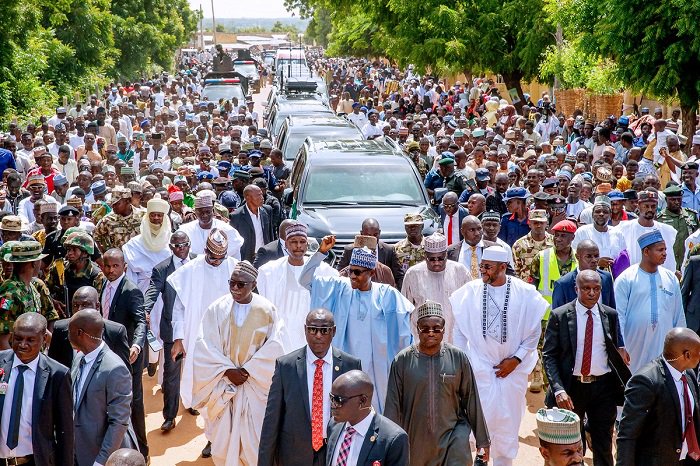 Buhari has now come out to deny the reports, and to insist he trekked the distance not to prove anything to anyone.

In a statement by his senior special adviser on media and publicity, Malam Garba Shehu, Buhari said:

“This is my constituency, the people came out in their large numbers to see me and the car in which I was being driven had tinted windows.

“They were not seeing me so I came out so they could see me. I didn’t need to convince anyone about my health and the decision to contest for a second – a decision that I made public in April this year.” Buhari said.

Hugo Lloris Apologises After Being Charged With ...