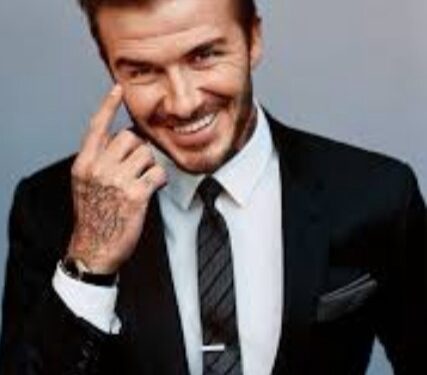 Former England captain, David Beckham is set to be presented with the 2018 UEFA President’s Award in recognition of his remarkable career and humanitarian efforts.
According to UEFA, the award highlights Beckham’s outstanding achievements, professional excellence, and exemplary personal qualities.
UEFA President Aleksander Ceferin described Beckham as “a true football icon of his generation” after selecting the former Manchester United and Real Madrid midfielder to receive the award in Monaco later this year.

Caferin said in a statement:
“I have chosen David Beckham as the recipient of this year’s award because he has been a global ambassador for football, promoting the game and all its values in every corner of the planet. His tireless humanitarian efforts, which have helped the lives of many children around the world, should also be celebrated.”
Beckham has made 762 appearances for clubs and his country, scoring 130 goals in a career spanning over 20 years. The football icon won six English Premier League titles, two FA Cups and a Champions League, with his boyhood club United, before claiming the Spanish La Liga title with Real Madrid.
This is such a huge deal for Beckham, as he is the third Englishman to receive the award after Bobby Robson in 2002 and Bobby Charlton in 2008.
The Sportsman is honored to have been considered for this award, according to him: “During my career, I always gave 100 percent and tried to uphold the values of teamwork and fair play and I am proud to join the illustrious list of players who have previously won this award.”

D’banj rocks dreadlocks as he vacations in ...