SHEKHINAH IS THE MOST STREAMED FEMALE ARTIST ON SPOTIFY SOUTH AFRICA 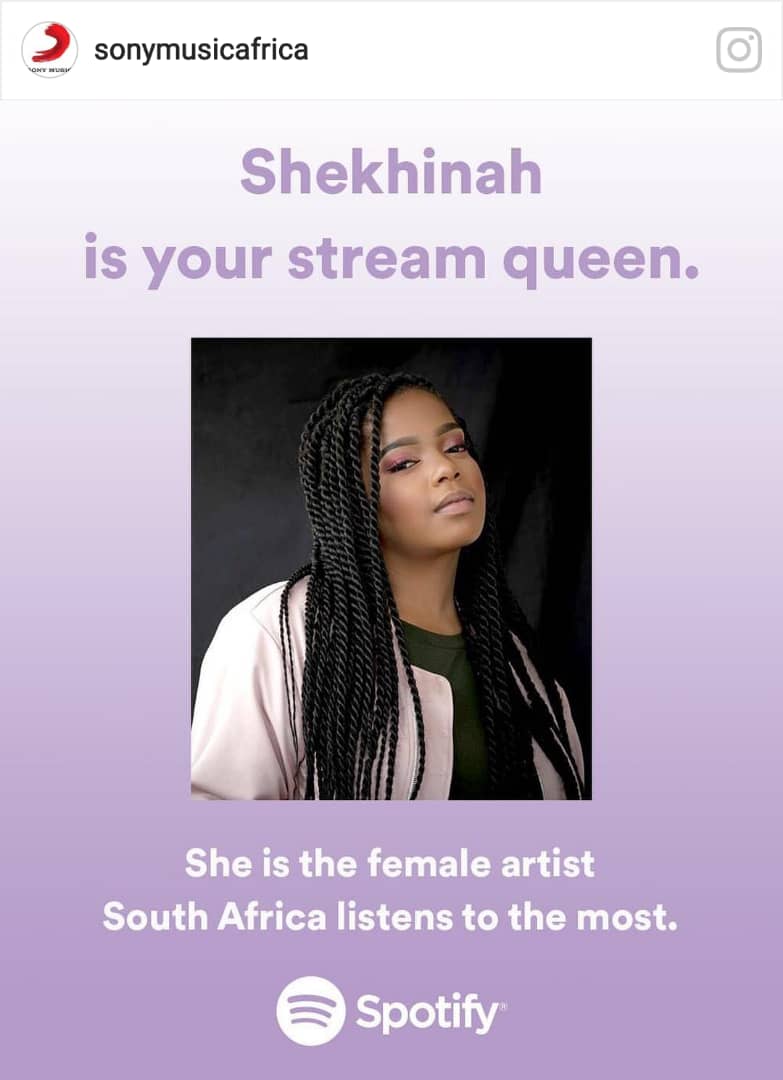 Her debut album Rose Gold was certified gold by RiSA on 24 January 2018.
Shekhinah who has also won several awards including: New Comer of the Year, Album of the year and female artist of the year, has just been named the most streamed female artist on Spotify South Africa.