New York rapper, Nicki Minaj has slammed Billboard for reporting the cancellation of her NICKIHNDRXX.

This came after Billboard reported in an article that the rapper had cancelled the tour with Future and even quoted her saying: “This is all happening because I pushed my album back two months and I just finished writing and recording literally hours before the album came out,” she said. “Now, I simply don’t have the time to rehearse and be on the road and give you guys the level of a show I need to give. I really apologize but it will be worth it.” 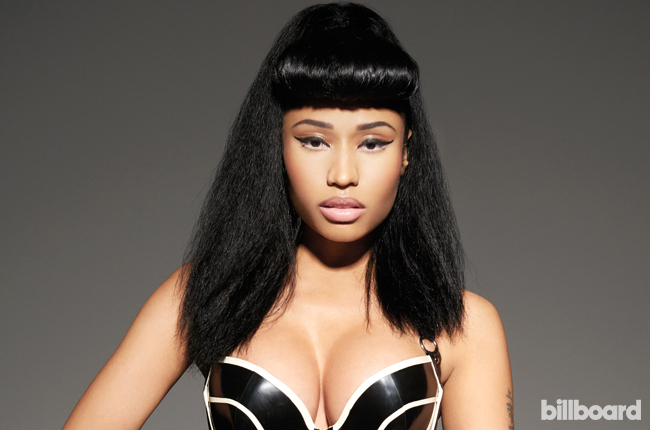 Nicki has now come out to call the whole report #CockSuckaOfTheDay , and has said she rescheduled the order of the tour, not cancel it.

She took to her Instagram page to reveal she has “cancelled nothing”. She said:

“You are now in the running for #CockSuckaOfTheDay award on #QueenRadio this Thursday. Barbz get me the name of this writer then hit them & tell them this is one black woman they will not bully into a corner by FRAUDULENT SHAMING TACTICS.
So to clarify; because I realize common sense is far from common… I haven’t CANCELLED anything. I reversed the order of the US & EUROPEAN LEGS of my tour. This is for obvious reasons to anyone with a brain. My album was originally going to drop in June which would’ve given me 3 months of tour rehearsal. However, I was still writing & recording up to last week. We are all grown right? We can all do math right? Or will they just pretend to not have basic sense so that they can board the Nicki Hate train & get some clicks? I can’t rehearse 4 WEEKS for a tour I originally planned on rehearsing 3 months for. I give my fans QUALITY. I write & co produce my own music. Therefore, I can’t rehearse while I’m WRITING & RECORDING my album. My true fans understand & know that I will deliver an extraordinary US TOUR which begins in MAY just like I delivered an extraordinary album entitled #Queen. My European fans get the SAME EXACT DATES they’ve always had. Australian fans SAME EXACT DATES they had. Cancelled what? Where?
The narrative they are trying to create is disgusting. But I must say, I’m enjoying this. I love bringing some excitement to this shit. I love having the balls others only dream about. Wait, who’s been dreaming about balls? ?

There’s another publication I’m giving CSOTD award to. I won’t tell you who. It’s a surprise ?

Shout out to my fans around the world. I love you guys so much for holding me down. I’m working on a M&G experience for the tour & will update you ASAP.”