The Nigerian minister of Information, Lai Mohammed, has raised the alarm that only expired rice meant for animals is being smuggled into Nigeria for Nigerians to consume. The Minister made this allegation while speaking with journalists in his country home yesterday August 21st. 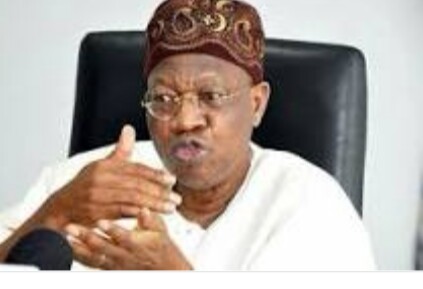 According to Lai Mohammed, most of the rice being smuggled into Nigeria will fail NAFDAC test because most of them have been on the shelf for more than six years and have expired.

In his words:
“The rice being imported now are not fit for consumption in their countries of origin. They are also being subsidised and sent here even in credit because those people know that they are unfit for consumption; they are only fit for animals. Imported rice are mostly smuggled into the country because they cannot pass NAFDAC test. No Nigerian rice is more than one year old but the imported ones have spent even six years in their countries”.

Lai Mohammed said that in the next one and half years, Nigeria will become self-sufficient in rice production given the commitment of the administration to agriculture.
“In the area of agriculture, it has been a huge revolution. Let’s take one of our national staples, such as rice, as an example. When we came in, there were 5 million rice farmers. Today, we have in excess of 11 million rice farmers. Our rice import has been cut by over 80 per cent. These didn’t happen by accident. It was a result of our Anchor Borrowers Programme. There are more millionaire farmers today than at any other time in the history of our nation. Today, Nigeria is close to achieving self-sufficiency in rice than at any other time in the history of our country”.