As promised, during her Twitter rant three days ago, Nicki Minaj went on her Beats 1 Radio station, Queen Radio on Tuesday and had a lot to say concerning why her Queen album came second to Travis Scott’s “Astroworld”, labelling the Scott “hoe nigga of the week.”

She had this say: “Travis Scott wins Hoe Nigga of the Week, by a landslide. He out here selling fucking clothes got y’all thinking he selling fucking music,” she said, before going on to call herself “the greatest female rapper of all time. 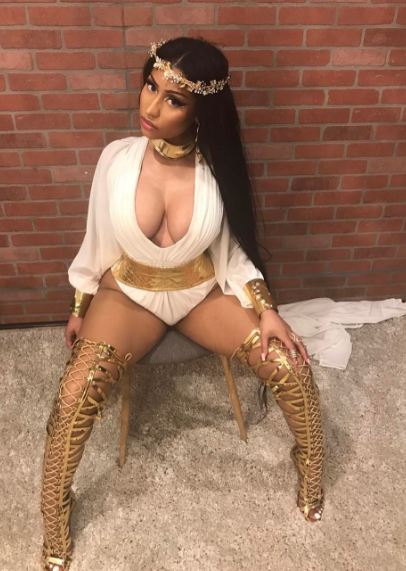 “What we’re not gonna do is have this fucking autotune man come up in here selling fucking sweaters and telling y’all he sold half a million fucking albums, ’cause he didn’t,” she said.

“You stupid fuck! You’re a fucking man! You got your homeboy talking for you, your girlfriend posting tour passes saying you sold albums—stop it! Knock it the fuck off!” she continued.

This is a continuation of her tweets two days ago where she called out Travis Scott for using Kylie Jenner and his daughter to push album sales.

“I looked at the numbers the Carters, Kanye, Nas, etc recently did. Travis sold 200k in his first week of clothes alone,”

“I spoke to him last night & he said he’s been selling clothes b4 the music. Billboard says they’ll change the rules cuz of this, so it should be changed now!”.