Falconets Crash Out Of U-20 Women World Cup

The Super Falconets have crashed out at the quarter-finals of FIFA U-20 Women’s World Cup (France 2018) after losing 2-1 to Spain in their quarter-final game.

Spain, who started the game on the front foot, took an early lead before the quarter of an hour mark when Bonmati’s shot from the edge of the box eluded Chiamaka Nnadozie in the Nigerian goal. The Nigerians found it hard to get into the game and Spain doubled the lead just before the break when Maite was the first to react after a Spainish freekick caused all sort of problem in the Nigerian backline. 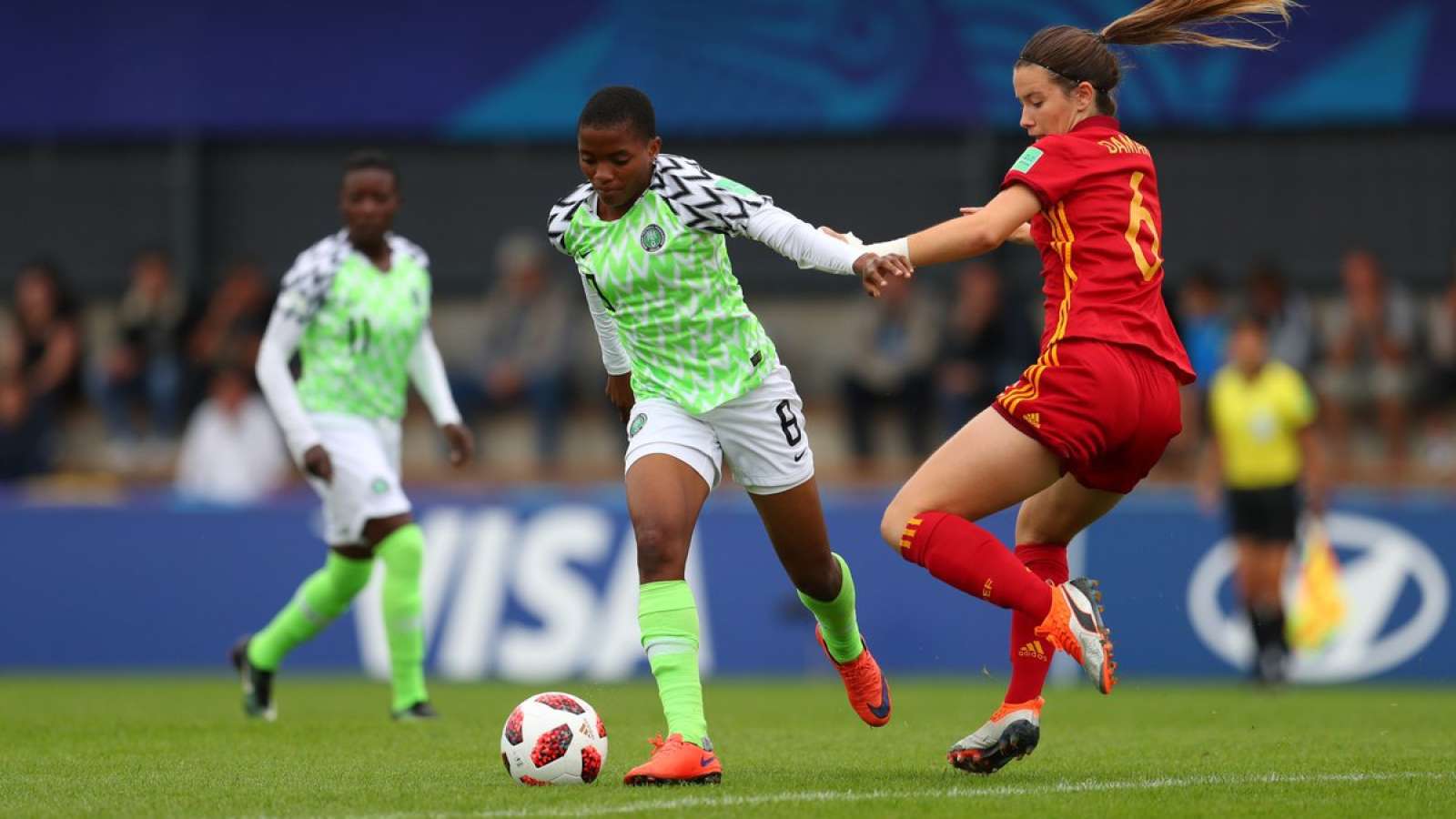 The Falconets did their best to cut the deficit and get back into the game and were duly rewarded when when Catalina Coll could only divert Rasheedat Ajibade shot into the path of an unmarked Efih, who slotted home to give the Nigerians a fighting chance.

Hard as they fought, the Falconets couldn’t take the game to extra-time and were left to pay for their slow start to the game and Spain saw out the remainder of the game pretty comfortably to book a place in the semi-final of the tournament.