Rebecca Akosua Acheampong known as Becca, has gone on Instagram to celebrate adding another year.

The Ghanaian singer, songwriter and actress was a contestant on the second season of TV3’s annual singing competition.

Her debut studio album, Sugar, was released in 2007 and it earned her five nominations at the 2008 Ghana Music Awards. The album’s lead single, “You Lied to Me”, won record of the Year at the aforementioned awards show.

Becca has received one Kora Award, one National Youth Achievers Award, four Ghana Music Awards, and three 4Syte TV Music Video Awards. In 2013, she headlined the annual Girl Talk concert, which started in 2011.Becca was also ranked 94 on E.tv Ghana’s 2013 list of the 100 most influential people in Ghana. 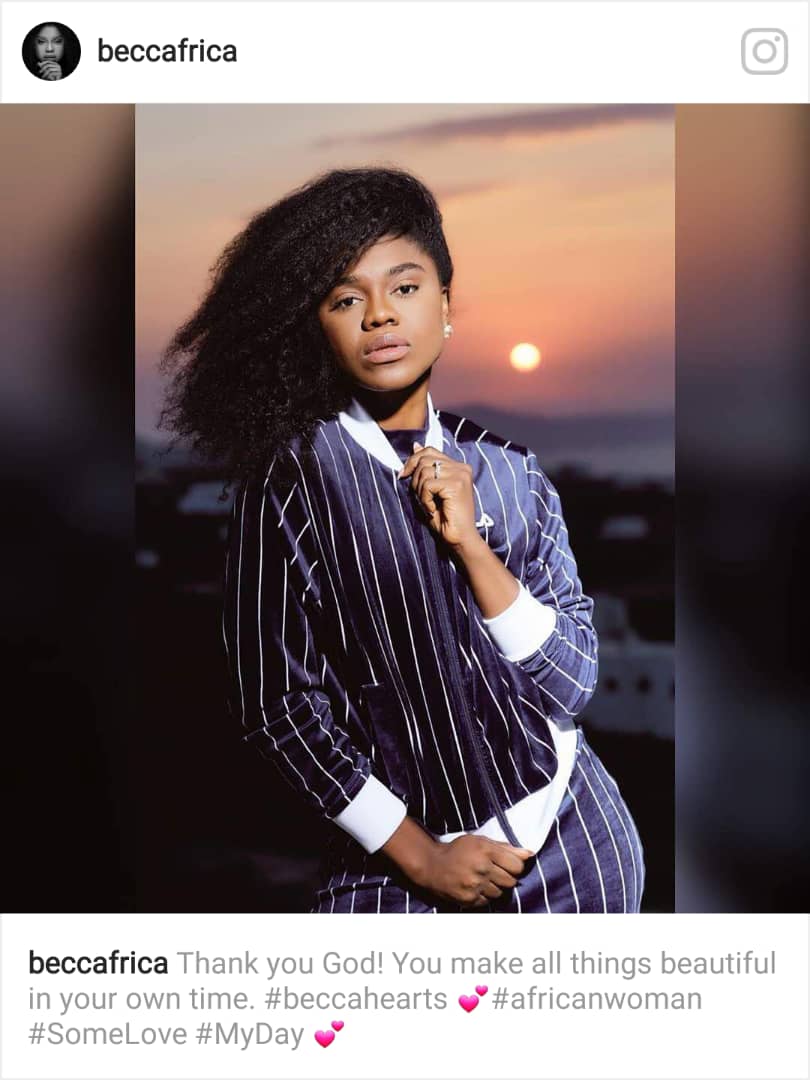 Becca who has worked with star musicians in and outside Ghana, recently celebrated spending 10 years on stage in a grand way.

Happy birthday to an achiever, Becca.

“Lots of women have wife written all ...