OSG Admin
0
It took just 49 seconds for Spanish international Striker, Diego Costa to score past Keylor Navas in Atletico’s 4-2 win over rivals, Madrid in the Super Cup.
The goal, from an acute angle, beat Keylor Navas at his near post, and makes the record as the fastest goal in UEFA Super Cup history.

The game which was Julen Lopetegui’s competitive bow for Madrid ended in a loss, and was the first competitive game for the Club since Ronaldo left for Juventus earlier in the summer. 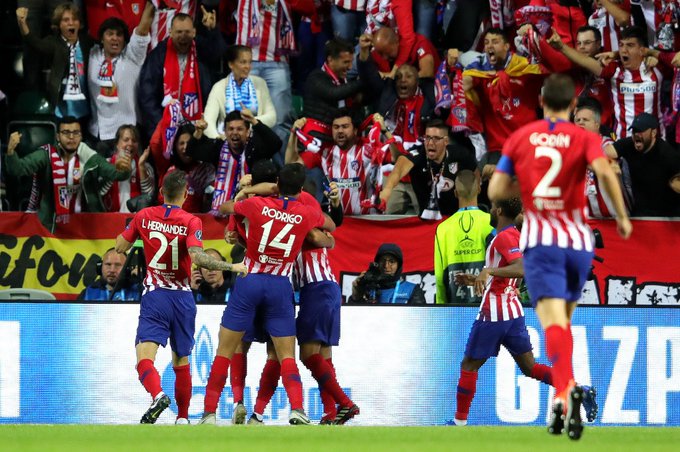 The previous record was held by Banega who scored in the 3rd minute during Sevilla’s game against Barcelona in the 2015 which ended 5-4 in favour of Barcelona.

Real took the lead in the 63rd from the penalty spot which was slotted home by Ramos, but Costa stuck again to level matters and force extra time.

In extra time, Saul Niguez and Koke scored for Diego Simeone’s men, to win the match and put the game beyond Real Madrid.