“Security agencies should stop being involved in partisan politics” – CAN

The Christian Association of Nigeria, (CAN) has warned the Presidency to stop using the Security Agencies for partisan politics, after the siege of the National Assembly by members of the DSS last week.

In a statement released by it’s president, Samson Ayokunle, the body expressed concerns over how security agencies like the Economic and Financial Crimes Commission and DSS were to used to intimidate perceived political rivals. 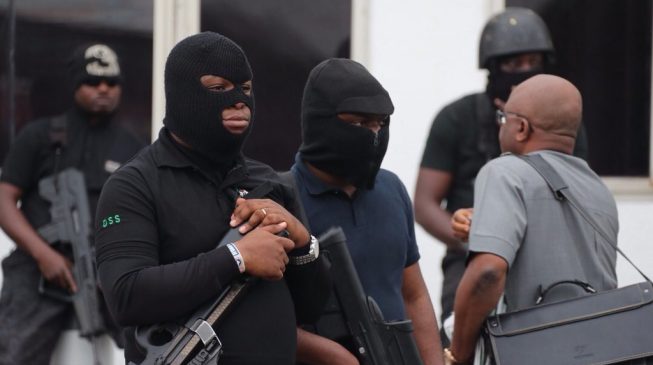 “We express grave concerns over the poor handling of the police invitation to the Senate President Bukola Saraki, over the infamous Offa robbery saga that led to the death of about 30 people, and the alleged plan by the Economic and Financial Crimes Commission to arrest the Deputy Senate President Ike Ekweremadu, over alleged money laundering,”

“The Christian umbrella body condemns in strong terms the way the police were deployed in subjecting the leadership of the National Assembly to needless embarrassment and harassment. The ongoing action of the police is a siege against democracy,” the association noted.

“We are shocked, disappointed and alarmed at the aborted moves by the police to stop both the senate president and his deputy from attending Tuesday’s proceedings for whatever reasons. We call on both the leadership of the National Assembly and the presidency to stop acting in a manner that constitutes international disgrace and embarrassment.

The Christian body further asked the said agencies to be independent and reminded them that leadership is fleeting:

“We appeal to all security agencies to stop being involved in partisan politics. Nigerians must realise that leadership goes around and comes around, but our country will continue to remain. CAN calls on all service chiefs, including the Inspector General of Police, Ibrahim Idris, not to destroy our democratic institutions through needless partisanship.”

In The Katsina North Senatorial Bye-Elections Over ...