“I don’t mind my gospel music being played in nightclubs, my music is powerful and it inspires people ” – Sinach 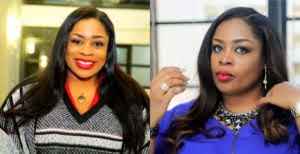 Popular gospel singer, Osinachi Kalu Egbu popularly known as Spinach has talked about her music and her inspiration in a recent interview. She has also revealed that she doesn’t mind her music being played in a nightclub.
Read excerpts from the interview below:
Did you know you would become a celebrated singer from the onset?
I didn’t even think singing was a career. When I joined the choir, I didn’t know any famous choir singer to tell me that singing in the choir could make me famous. I didn’t start with a band or start with a branded identity; so, I will say that becoming a famous singer is simply by God’s grace.

Was music all you wanted to do as a child?
Growing up as a child, I had flashes of dreams of being a singer because I have always loved singing and everyone around me felt I could sing as well. But, to be honest with you, I didn’t think I would end up as a singer. I strongly believe God designed my life for me.
Why did you settle for gospel music?
Like I said earlier, God has a hand in what I do today; doing gospel music is God’s choice for me. It’s important we realise that God created us for a purpose and it is very important for everyone to find that purpose and fulfill it. So, I will say I yielded to God’s purpose for my life.
I have been singing in the church since 1989, though it started as a hobby. I initially planned to leave the country after studying Physics at the University of Port Harcourt in Rivers State, but Pastor Chris Oyakhilome invited me to serve in the ministry. But for him, I might not have discovered my gift. Also, serving in the church has given me a solid foundation that helps me stand strong.
How would you describe Pastor Chris’ impact on your life?
He is my mentor, life coach and a spiritual father to my husband and I.
How would you describe your childhood?
I had a very beautiful childhood experience. My parents taught me a lot of things, which formed the bedrock of who I am today. I can also remember my formative years in the house of God; it has also played a vital role in my life up to this moment.I am the second daughter of seven children. I am from Ebonyi State.
When did you become a born-again Christian?
I got born again many years ago when I was younger and I have experienced increasing grace and favour since then. The Bible says He takes us from glory to glory.
As a kid, who were your role models?
My biggest role models have always been my parents. My dad was a man of conviction and my mum is a woman filled with so much wisdom and love. I inherited my father’s tenacity, and deep love for people and God. I also have my mother’s wisdom, her ability to organise, create things and to see beyond the ordinary. I miss my dad, but I am so blessed and happy that I still have my precious mum with me.

Which of your songs is so dear to you?
This is a very difficult question for me to answer. All the songs God has blessed me with are very dear to me. I am a fan of my songs. They bless me and have ministered to me at different times in my life. For instance, I Trust in You is a prayer song that gave me the strength I needed during a certain time in my life.

Do you agree that I Know Who I Am is your biggest song so far?
I am not sure I understand your definition of ‘biggest’, but I will say God has enlarged my music at different levels in different languages, networks, territories and places.
For instance, on Youtube, Way Maker has over 65 million views while I Know Who I Am has about 40 million views. Way Maker has been remixed by different people in different nations and in different languages. Also, Great Are You Lord is sung in almost all languages in churches around the world.
My point here is this — naming a song as the biggest hit so far is very relative to the science we use in measuring it. We may get to heaven and God gives accolades to my song you probably have never heard of. However, my next song is always my favourite because it is new to me.

How did you get the inspiration for I Know Who I Am?
I wrote it during my preparation for a youth concert in 2012. The idea was to create an upbeat track that could excite youths. It was done, but I didn’t perform it at the event for some reason. Later, when I was doing a live recording in South Africa, I included it. The song has been well received all over the world.

How will you feel if your music is played at a nightclub?
Recently, a friend sent me a video of my song being played at a club. I noted from the reaction that they were singing along as they listened to the music. When you produce the right music with the right lyrics, people will look for it. Everyone needs encouragement, love and inspiration. My music is powerful and when people listen to my music, they will get inspired.

What has fame changed about you?
Fame has made me realise more than ever before that we are the living epistles of the Lord Jesus Christ because you’ve got the whole world watching.

How do you cope with pressure and demands that come with fame?
Once you always have the right people around you, and you are always in the right place at the right time, life becomes easy for you.

How do you get inspiration for your songs?
I am a servant of the people; so, I try to service their needs. I have realised that everybody needs encouragement as there is so much going on in today’s world. My music comes from the sermons I hear from my pastor. I grew up in the church and it inspires what I do.11qq