Popular pop star, Davido had a show in Namibia yesterday. However, some of the overzealous fans of the popular singer, were seen being thrown off the stage during his performance.

Nigeria superstar musician, Davido, performed at a music fest in Namibia on Saturday night and his security guard had to step in to protect him after his fans went wild. 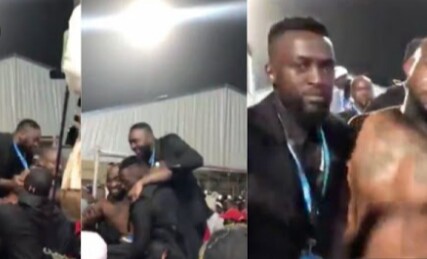 Not only were some people thrown off stage, but other security officials had to quickly step in to protect the singer after he was pulled by the very excited crowd.

Davido reportedly lost his shoes in the process.