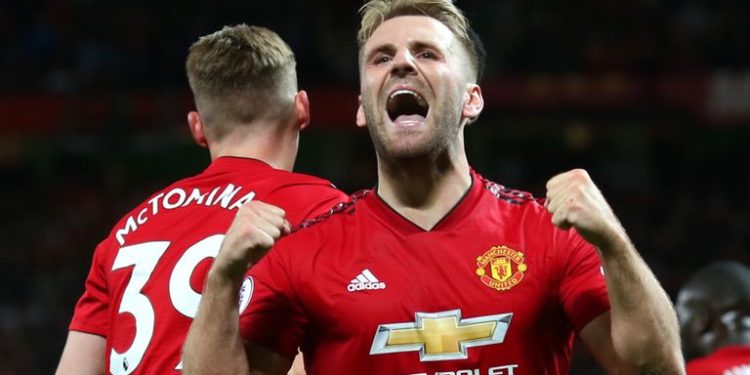 Manchester United saw off a late spirited Leicester effort to win 2-1 and seal off maximum points in the Premier League opener on Friday.

Pogba, who scored in the World Cup final and was made captain by Mourinho put United ahead from the spot in the 3rd minute and Luke Shaw scored the winner 6 minutes from time. 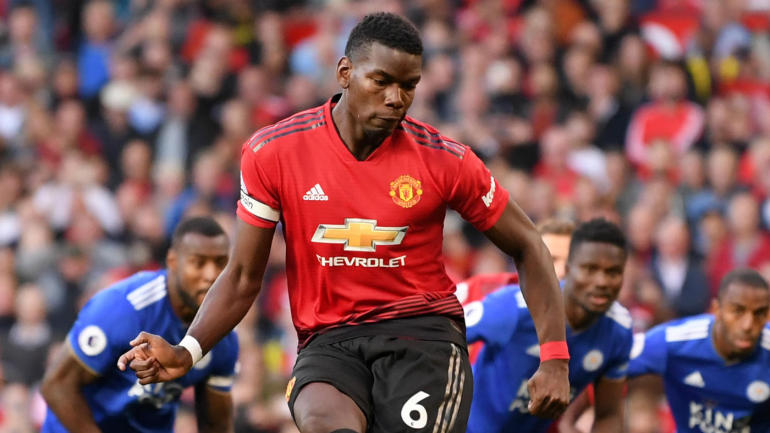 Jamie Vardy scored what would turn out to be a late consolation to make for a nervy end to the encounter.

The scores lifts off what has been a gloomy pre-season for United which saw Manager, Mourinho moan about the team’s lack of transfer. Brazilian midfielder Fred, teenage full-back Diogo Dalot and third-choice goalkeeper, Lee Grant were the only additions to the squad. United were linked to various defenders including Leicester’s Maguire.

Pogba might have given United the lead after Sanchez’s shot was alleged to have been handled in the box, but Leicester looked the better side until Shaw’s goal put the game beyond them.

Pogba and Shaw were two of the players Mourinho repeatedly dropped last season for poor performances. Shaw’s goal in particular sparked celebration from Mourinho and might have put the England international in his good books.

For now, all seems to be good at Old Thradford.