Thibaut Courtois Signs for Madrid After Going AWOL At Chelsea 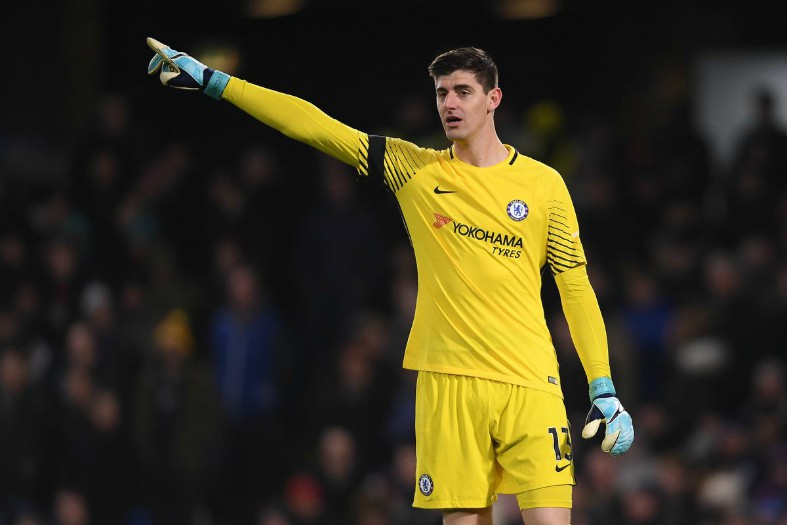 Courtois who made it known he was only interested in a move to the Spanish capital seem to have had his way after the Madrid announced his transfer on their official Twitter account. Croatian Midfielder, Kovacic moves in the opposite direction in a loan deal.

The Belgian, who helped his country to a third place finish at the recently concluded World Cup failed to show up to Chelsea’s training earlier in the week, and has left Chelsea with few options other than to sell him and buy a replacement.

Courtois also failed to show up at Wembley to watch Chelsea’s clash against Manchester City in the Community Shiled, which Chelsea eventually lost 2-0.

He was also expected to show up to training on Monday to have a face to face talk with new Manager Sarri, before any decision would be made about his future, but the 26-year old opted to stay in Belgium instead, in a bid to force a move to the Spanish capital, and offered no explanation.

Courtois was meant to join the squad with other players that played in the later stages of the World Cup, and were given extended period for holiday. Cahill, Eden Hazard, N’Golo Kante, Michy Batshuayi and Olivier Giroud all showed up to training, but the Belgian was missing.

Hazard, who also favoured a move to the Champion League holders posted pictures of himself laughing in training, and reassured Chelsea supporters that he would give his best as long as he represented the club, even though he seems to have missed out on his dream move.