The government of Thailand has granted citizenship to the coach and three boys of the football team known as the Wild Boars rescued from a flooded cave last month.

Reports have it that the three boys and the coach are among the stateless people living in the south-east part of the country – about 480,000 persons. This led to calls to fast-track their citizenship applications. 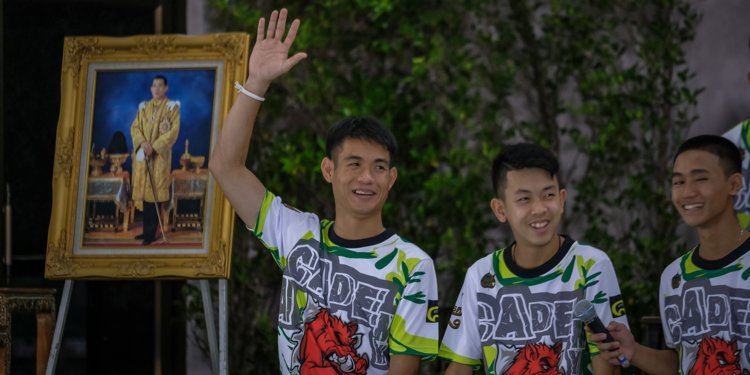 Coach Ekapol Chantawong, who was widely praised for keeping the boys safe after rain flooded the cave system, was rescued on the 18th day, along with the final three boys.
Mr Chantawong and three of the youngsters – who were all reportedly born in Thailand – were handed their citizenship cards in a ceremony on Wednesday.

Chief officer of Mai Sai district in Chiang Rai, Somsak Kanakam said they had all the qualifications.

The Wild Boars football team who were trapped in a flooded cave for days were first found by two British divers nine days later, but it took another six days to rescue the first team members.

Many of Thailand’s stateless people are from nomadic hill tribes and other ethnic groups who have lived around the borders of Thailand, Myanmar, Laos and China for centuries

10 Most Expensive Goalkeepers Ever As Chelsea ...