After 17 years in power, President Joseph Kabila, who took over the Democratic Republic of Congo at age 29 after the assassination of his father in 2001, announced on Wednesday that he would not stand for re-election.

This announcement has raised hopes that the country might carry out a peaceful transition of power for the first time in its modern history. 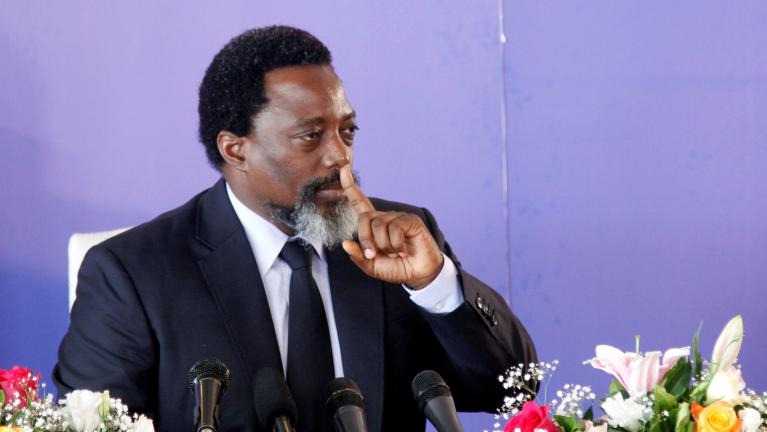 According to reports from The Financial Times, President Trump warned to tighten financial sanctions against Mr. Kabila and his associates if he did not agree to relinquish power. In June 2017, the Treasury Department imposed sanctions against Gen. François Olenga, one of Mr. Kabila’s most senior military officials, and in December it put forward sanctions against Dan Gertler, an Israeli businessman who is close to the president.

Opposition party are happy with the new decision but warned that it was only a first step toward an orderly transition of power. Senator Jacques Ndjoli who is a member of an opposition party, Movement for the Liberation of Congo, said: “What matters for the moment is that the Constitution, whether willingly or not, has been respected. Despite the multiple attempts to circumvent the Constitution, President Kabila finally understood that the supreme law applies to everyone.”

The United States, have also approved of the decision. Nikki R. Haley, American ambassador to the United Nations in a statement said: “We welcome reports that President Kabila will not seek a third term in accordance with his country’s Constitution.”

It is however unclear if a credible election will be carried out. J. Peter Pham, vice president and director of the Africa Center of the Atlantic Council, a nongovernmental organization in Washington, D.C. said : “Just because Kabila has endorsed a candidate and it seems the campaign will begin does not mean that an election by the promised date is a foregone conclusion. Vigilance and engagement on the part of Congolese civil society and the international community are needed now more than ever.”

Mr. Kabila, has endorsed his support for ally, Emmanuel Ramazani Shadary, 57, a former interior minister and vice president, to run for president in the Dec. 23 elections. Other candidates who might seek to participate in the elections include the opposition leader Moïse Katumbi, who has been living in exile and was blocked last weekend from returning home; Félix Tshisekedi, son of a veteran opposition leader, Étienne Tshisekedi, who died early last year; and a former vice president, Jean-Pierre Bemba.

Congo, a former Belgian colony that has suffered misrule, exploitation and violence since 1885 has been under the leadership of Joseph Kabila who took power after the assassination of his father, Laurent, and won subsequent presidential elections in 2006 and 2011. His most recent term officially was to have ended in late 2016, but the election was put off as rival factions tried to negotiate a way to avoid a recurrence of deadly violence during the vote.

The country’s first prime minister, the nationalist and socialist Patrice Lumumba, was removed in a 1961 coup and subsequently executed. In 1965, a former Army commander, Joseph-Désiré Mobutu, seized power in a coup and ruled the country, which he renamed Zaire, for three decades. Mr. Kabila’s father, Laurent Kabila, took power in 1997 when Mobutu Sese Seko — as the strongman had styled himself — fled the country and died in exile months later. Four years later, Laurent Kabila was felled by a bullet fired by a bodyguard, leaving his son in power.

The Republic of Congo is one of the world’s most resource rich countries but the people are one of the world’s poorest. Lives have been lost in two successive wars from 1996 to 1997 and from 1998 to 2003, that drew in neighboring countries like Rwanda, Uganda, Burundi, Angola, Chad and Zimbabwe.

Congo, has never had a peaceful transition of power. After her idependence in 1960, conflicts among various factions, backed by different sides in the Cold War started

“Politicians are playing musical chairs with our ...