Famous musician, Innocent Idibia, better known as Tuface has reacted to the siege on the National Assembly by operatives of the Department of State Services, DSS.

The News broke on Tuesday morning, that masked DSS personnel had blocked all entrances into the National Assembly complex as well as mounted sentry near the legislative house to provide cover for the impeachment of the presiding officers of the Senate by senators of the All Progressives Congress, APC. 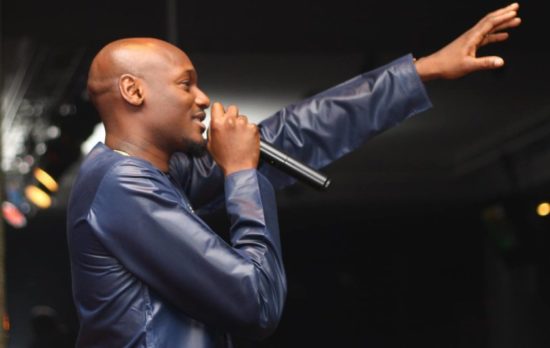 As things got heated, Nigerians became divided in their opinions of what was going on in the National Assembly.

However, Tuface, via his Twitter handle, urged Nigerians not to be deceived by the impeachment drama staged by the senior lawmakers, adding that the politicians had lost every sense of shame in their game of maneuvering. 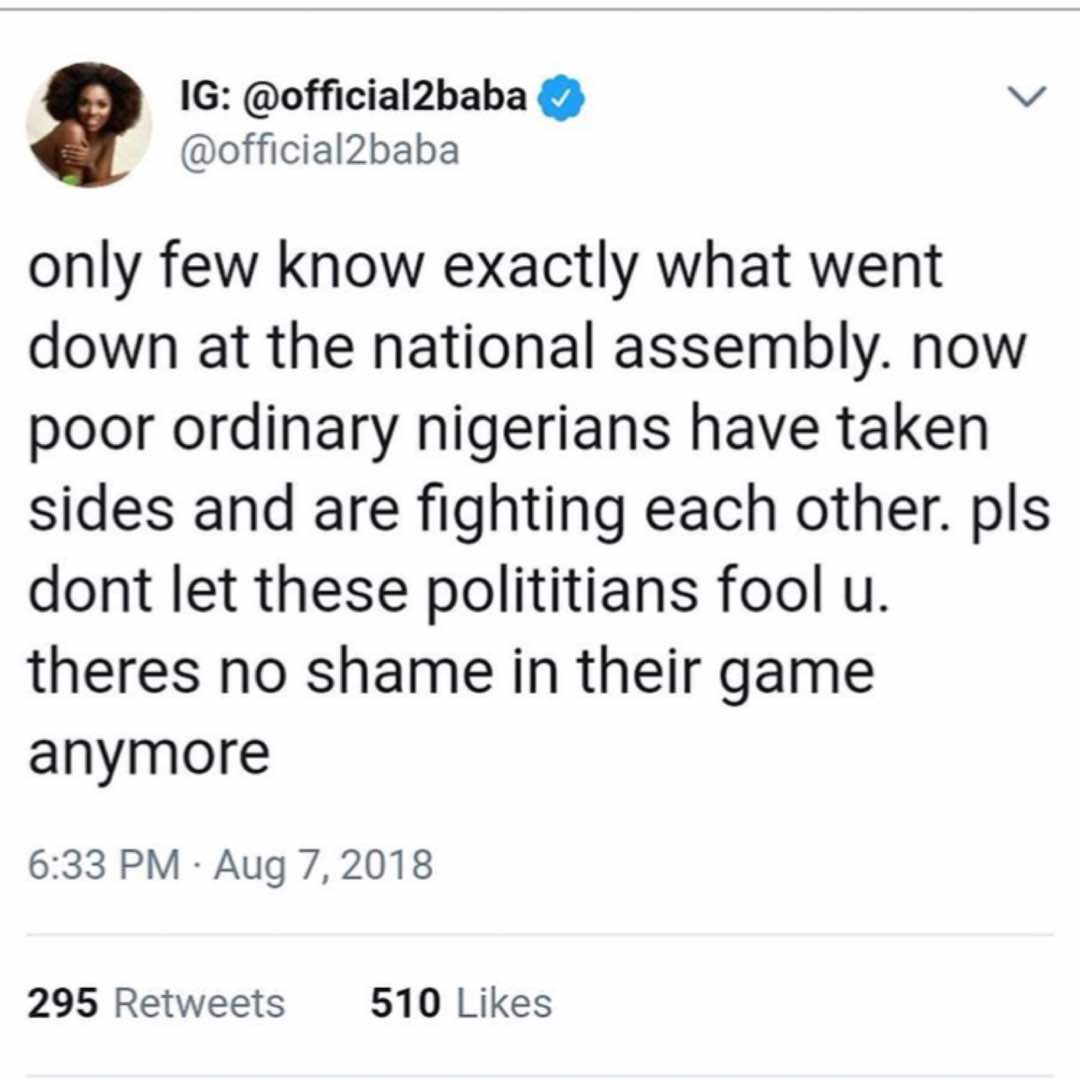 “Only a few knew exactly what went down at the National Assembly.

“Now, poor Nigerians are fighting each other.

“Please, don’t let these politicians fool you. There’s no shame in their game anymore.”