Following her ill health, Pink has cancelled a series of concerts in Australia after contracting a gastric virus. He pop star had initially postponed one date last week “with great frustration” but battled through a performance on Saturday night.

According to promoter Live Nation, Pink was admitted to hospital twice in Sydney. Her concert was called off on Monday just as fans began to arrive the venue while Tuesday’s show was postponed. 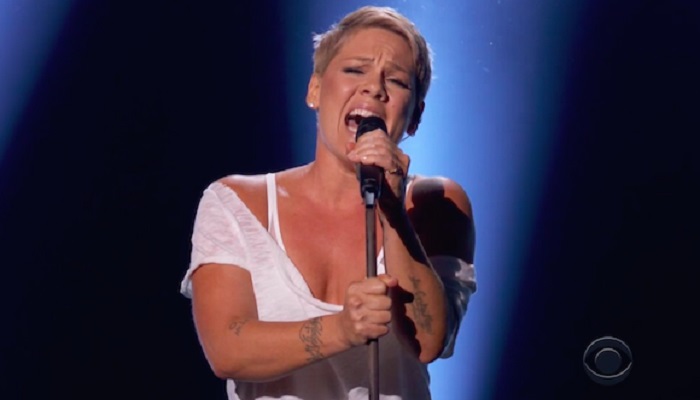 The star will be reassessed by doctors on Tuesday as her next show is scheduled for Thursday and tickets are still on sale via Live Nation’s website.

Live Nation is yet to indicate whether further cancellations are likely, but said “a further announcement will be made when an update becomes available”.

Pink whose real name is Alexia Moore has been fighting sickness on and off during her marathon Australian tour, which began last month. Shortly before her arrival in Sydney last week, she tweeted fans to ask: “Does anyone have a favourite place that makes wellness shots and fresh juices for when I get there?”

After postponing Friday’s concert on medical advice she was pictured on the beach with husband Carey Hart and children Willow and Jameson, prompting criticism from Australia’s tabloid press. But she took to Instaram to defend the picture.

“What these parasite paparazzi don’t show you, is two doctor visits in Byron [Bay] on two consecutive days, antibiotics, steroids, Vick’s, nose spray, throat spray, more steroids, NyQuil [and] a screaming baby in the middle of the night.
“I have never phoned in a single tour, I have an impeccable record for not cancelling… I’m doing the absolute best I can.”

Fans all over have taken to social media to wish the pop star a quick recovery.

“She can’t help being sick,” wrote Michelle Hansell. “Give her a break, she’s human just like the rest of us. Get better soon.”

“Hope you feel better soon,” said Keryn. “You still amazed and blew us away on Saturday night in Sydney even though you were still sick. What a champion effort! Please take care of yourself.”

Other fans have expressed anger and disappointment following Monday’s show that was called off just hours before Pink was due on stage.

“Just found out tonight’s concert is postponed, after 9 hours travel and a night to stay Sydney,” said Russ Silversmith.