Niniola makes history today with over 1million listeners on Spotify, making her the first female Nigerian artiste ever to cross the 1million mark.

The AfroHouse singer  released her debut album ‘This is me’ in November 2017 to critical acclaim and fan praises with Maradona leading the trend with over 1.7 million streams on Spotify. 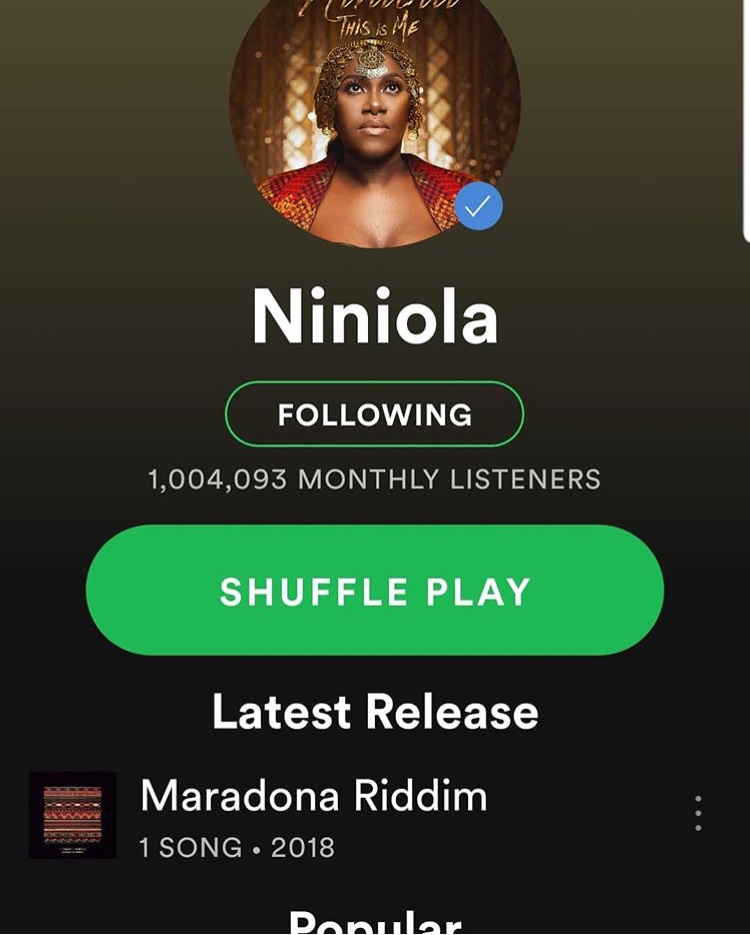 The music streaming platform, which measures artiste popularity with listenership has solidified Niniola’s music as staple among music lovers crowning her with the coveted title of the most popular Nigerian female artiste.

Niniola is a singer and songwriter with a vocal range that can break glass and has created a music genre for herself called AfroHouse- a blend of AfroBeat and House music.

Her debut album ‘This is me’ lists songs like Saro, Magun, Maradona and Sicker which are have been receiving a lot of airplay and topping charts.