Just after sacking the director general of DSS, the presidency has revealed that the blockage of the national assembly entrance by masked operatives of the Department of State Services (DSS) today, was done without the knowledge of the Presidency.

This was made known in a statement on the presidency’s Twitter handle. 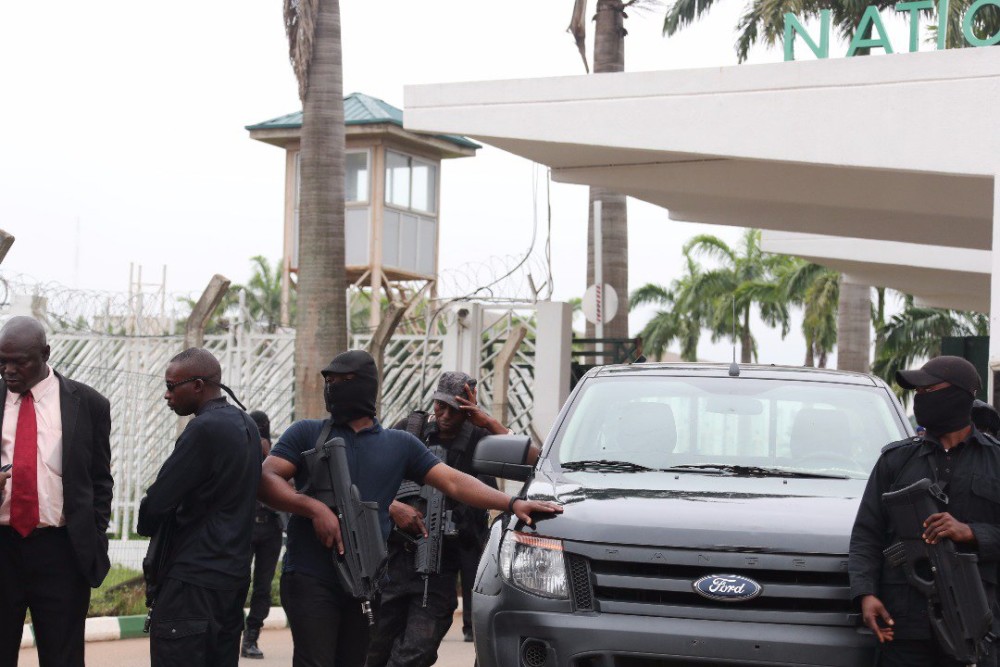 The statement condemned the act, adding that “all persons within the law enforcement apparatus who participated in this travesty will be identified and subjected to appropriate disciplinary action.”

See the statement below:

Acting President @ProfOsinbajo has described the unauthorized takeover of the National Assembly complex earlier today as a gross violation of constitutional order, rule of law and all accepted notions of law and order.

According to him, the unlawful act, which was done without the knowledge of the Presidency is condemnable, and completely unacceptable.”

In another tweet, a follow-up to the announcement that Daura has been sacked, the presidency announced the acting Director general, he said:

“UPDATE: Matthew B. Seiyefa, the most senior Director in the Department of State Services (DSS), will act as Director-General until further notice.”