Arsenal’s majority owner Stan Kroenke has had his bid to buy the shares of the club’s second largest shareholder, Alisher Usmanov, accepted.

The American offered to buy Usmanov’s 30% stake in a deal that values Arsenal at 1.8 million pounds, a statement released by Kroenke’s company – Kroenke Sports Entertainment said. 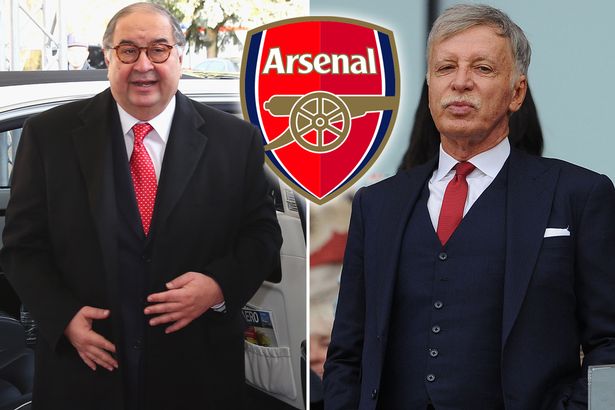 The statement also said that Kroenke has received an irrevocable undertaking from Red and White Securities – the company owned by Usmanov – that the offer for his 18,685 shares would be accepted.

For his shares, Usmanoc will receive around 540 million pounds.

This should put an end to what has been one of the biggest takeover battles in World Sport, which started around 10 years ago after Kroenke bought his majority holding from Danny Fiszman and Lady Bracewell-Smith. Since then, Usmanov has always hoped Kroenke would eventually sell him his majority shares, but it looks like the reverse is the case.

Kroenke, who currently owns 67% of Arsenal, also owns others Sport Franchise in the United States. including the Los Angeles Rams in American football, the NBA’s Denver Nuggets and the Colorado Rapids and Avalanche in the MLS and national ice-hockey leagues.

Stan’s son, Josh Kroenke, has been taking an increasingly important role at Arsenal in recent months and that is now expected to continue with the complete takeover.

“We at KSE are moving forward with this offer leading to 100% ownership of the club,”

“We appreciate Mr Usmanov’s dedication to the Arsenal Football Club and the storied ethos and history the club represents.”

This also joins the list of off-field change and uncertainly currently surrounding Arsenal after the rumour that chief executive Ivan Gazidis might be to AC Milan.

It is believed Usmonov is selling his stake in order to buy into another Premier League team, Everton. His business partner, Farhad Moshiri sold his Arsenal investment in 2016 and bought a 49.9 per cent stake in Everton. Usmanov is expected to join him at Goodison Park.

“When a woman is treated right, submission ...