Kenyan- Mexican star actress, Lupita Nyong’o is on the cover of the August issue of Porter magazine.
The famous dark skinned actress discusses her unique hair, those who dared to criticize her hair, dealing with sexual harassment and her career as a whole in the new issue. 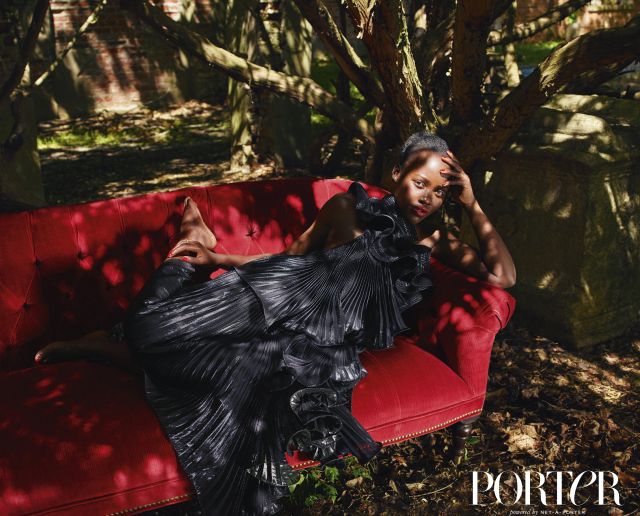 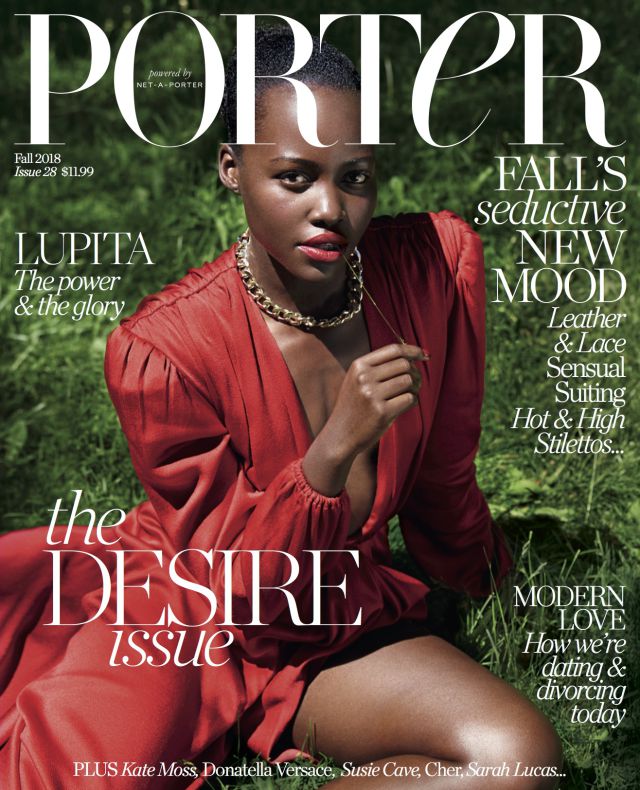 “My hair is something that, historically, has been shunned. I mean, how often do you hear ‘You can’t get a job with hair like that’?” the 35 year old “Black Panther” star, told Porter in her new cover story for the magazine’s fall fashion issue.

“Natural, African, kinky hair has often been painted as uncivilized or wild, being featured on the cover of a magazine fulfills me as it is an opportunity to show other dark, kinky-haired people, and particularly our children, that they are beautiful just the way they are.” Nyongo added.

The Oscar winner has long been an advocate for the beauty of natural hair. When the style she chose for the 2016 Met Gala was mocked on social media, Nyong’o took to Instagram to share the historical inspiration behind her hairdo.

Then, in November 2017, the star publicly slammed a magazine that edited her hair out of an editorial. “I am disappointed that @graziauk invited me to be on their cover and then edited out and smoothed my hair to fit their notion of what beautiful hair looks like,” Nyong’o wrote on Instagram alongside the shoot’s original proofs. (Grazia later issued an apology.)

Elsewhere in her Porter interview, the actress, who recently opened up about being sexually harassed by Harvey Weinstein, also discussed how her mother gave her the strength to speak up about the harrowing experience.