Afro-fusion singer, Burna Boy, has released the visuals for his hit, “Ye”

The song, off the album Outside, which was released earlier in the year, gained a bit of worldwide fame after Kanye West released his album of the same name. The song, a fusion of pop, dance-hall and afrobeat consequently became one of the biggest song in the country and made some to even clamour for it to replace the national anthem. 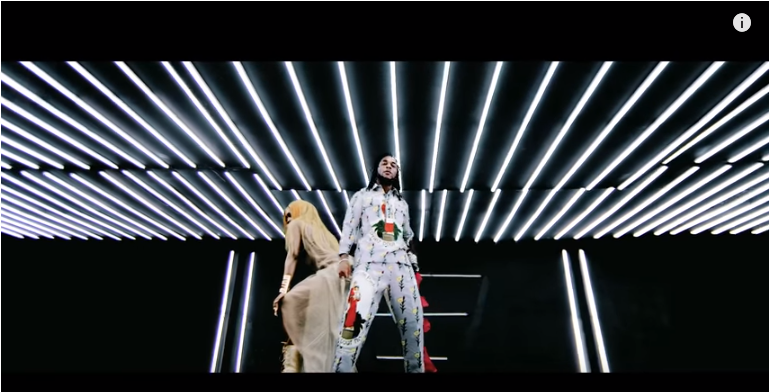 In the new video, whose release coincides with Fela’s anniversary week, has elements – like dancers, and outside, reminiscent of the late Afro-beats legend.

Burna Boy also explained the idea behind the video and song:

“Ye is a song that essentially shows the unrelenting nature of Nigerians (where I’m from). We thrive despite the leadership and circumstances. Everyone has big dreams that logically may or may not be achieved; Aspiring to have a Bentley, g-wagon regardless of their current situation. “I can’t come and kill myself” is an expression that means, you can’t dwell on things that aren’t working out or looking good, you only have one life after all.

So the video was just a fun situation, I was trying to show the general idea behind that expression. Always strive to live your life to the fullest, as we hope for a better tomorrow.”

The video was directed by Clarence Peters.