It’s President Obama’s birthday. He was born this day 57 years ago.

There are few things left to say about Obama, so i won’t even try to do that, but instead, let the man, who is a much better writer, speak for himself. And when he does, very few people, not to talk of Presidents connects more with our humanity than the 44th President of the United states. 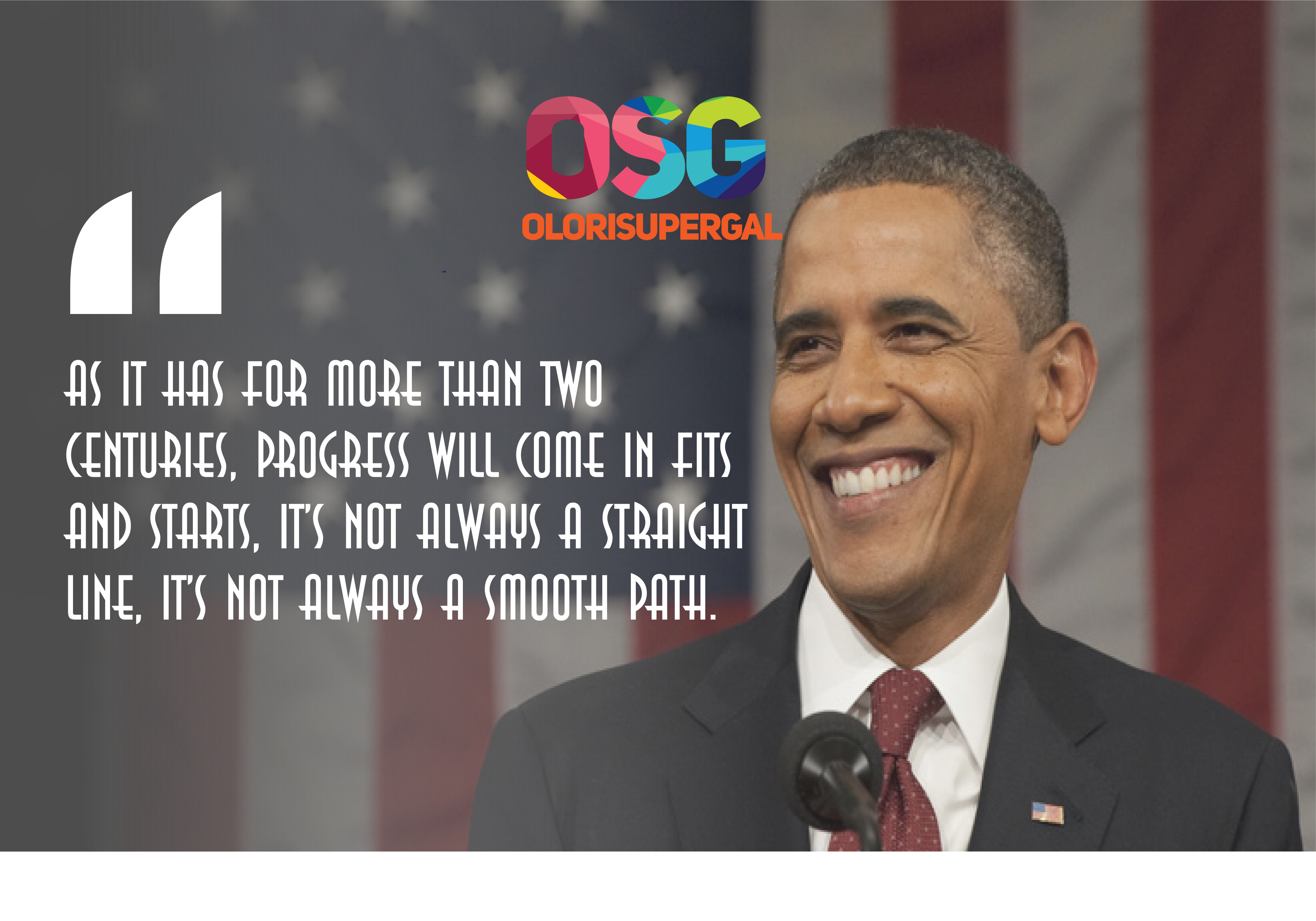 Here are 10 of his inspiration quotes:

We, the People, recognize that we have responsibilities as well as rights; that our destinies are bound together; that a freedom which only asks what’s in it for me, a freedom without a commitment to others, a freedom without love or charity or duty or patriotism, is unworthy of our founding ideals, and those who died in their defense

“When we don’t pay close attention to the decisions made by our leaders, when we fail to educate ourselves about the major issues of the day, when we choose not to make our voices and opinions heard, that’s when democracy breaks down. That’s when power is abused. That’s when the most extreme voices in our society fill the void that we leave. That’s when powerful interests and their lobbyists are most able to buy access and influence in the corridors of power – because none of us are there to speak up and stop them.”

“Take off your bedroom slippers. Put on your marching shoes, Shake it off. stop complaining’. Stop grumblin’. Stop cryin’. We are going to press on. We have work to do.”

I have always believed that hope is that stubborn thing inside us that insists, despite all the evidence to the contrary, that something better awaits us so long as we have the courage to keep reaching, to keep working, to keep fighting

“My point is the easiest thing to do in politics is to point fingers, to figure out who to blame for something, or to make people afraid of things. That’s the easiest way to get attention. That’s what reporters will report on. You call somebody a name, you say, ‘Look what a terrible thing they’ve done, and they’re going to do more terrible things to you if you don’t watch out.’

On this day, we gather because we have chosen hope over fear, unity of purpose over conflict and discord.

My parents shared not only an improbable love, they shared an abiding faith in the possibilities of this nation. They would give me an African name, Barack, or blessed, believing that in a tolerant America your name is no barrier to success.

As for our common defense, we reject as false the choice between our safety and our ideals.
All of us share this world for but a brief moment in time. The question is whether we spend that time focused on what pushes us apart, or whether we commit ourselves to an effort – a sustained effort – to find common ground, to focus on the future we seek for our children, and to respect the dignity of all human beings.