First lady is taking side in the latest celebrity feud and she’s not with her husband as she has shown support for NBA star LaBron James after her husband slammed him on social media.

James who recently opened his I Promise School for underprivileged children was interviewed by CNN Don Lemon. Donald Trump took to Twitter and slammed both men. His tweet ended with his preference for Michael Jordan. 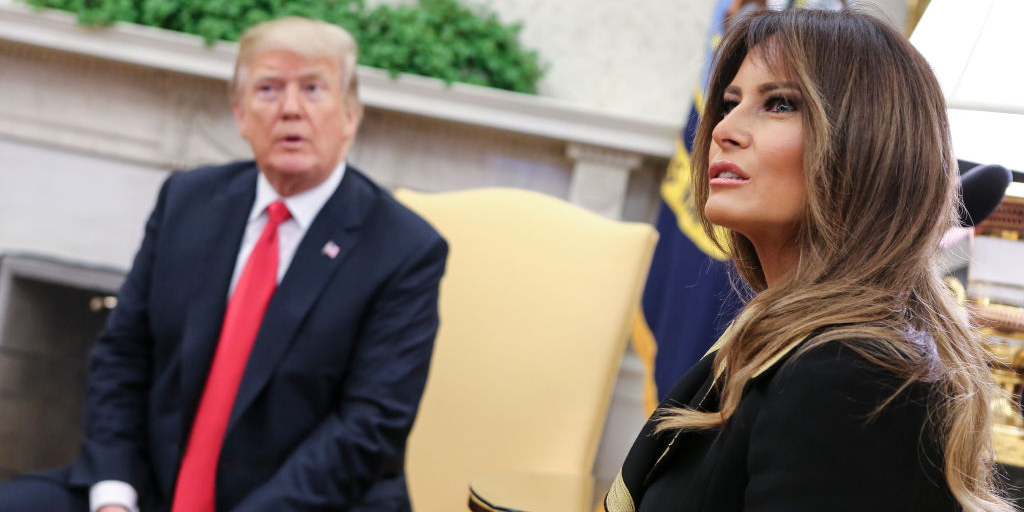 “Lebron James was just interviewed by the dumbest man on television, Don Lemon. He made Lebron look smart, which isn’t easy to do. I like Mike!”

According to White House reporter Jonathan Lemire, the 48-year-old first lady’s spokesperson, Stephanie Grisham, issued a statement on Saturday, August 4: “It looks like LeBron James is working to do good things on behalf of our next generation and just as she always has, the First Lady encourages everyone to have an open dialogue about issues facing children today.”

Grisham added, “Her platform centers around visiting organizations, hospitals and schools, and she would be open to visiting the I Promise School in Akron.”

In the CNN interview, which centered on James’s decision to open a public school in his hometown of Akron, James also appeared to indicate that he was open to the possibility of running for president, a question that has provoked the president to attack other sports stars, actors and political figures in the past.

Lemon asked James, “If someone tried to recruit a James to run for president, they said, ‘Listen, they’ve got no one, if you don’t run, Trump’s going to win,’ would you run?”

“Well, in that case, I may,” James responded. “If they have no one? I believe there’s some people out there. I hope. Let’s see, first.”

Many other individuals have come out to commend James on social media.

Ohio governor John Kasich tweeted : “Rather than criticizing @KingJames, we should be celebrating him for his charity work and efforts to help kids. By the way, all-around he’s better than Michael Jordan. That’s a fact.”

Dan Rather tweeted: “I’d much rather live in a world reflecting the values, philanthropy, and yes intelligence of LeBron James and Don Lemon’s intelligent commitment to truth and journalism than the divisive peevishness, lies, and narrow self-interest displayed by the President of the United States.”