The football season is here, and to open the curtains of what promises to be an eventful season is The Community Shield, a game played a week to the day the actual season resumes. 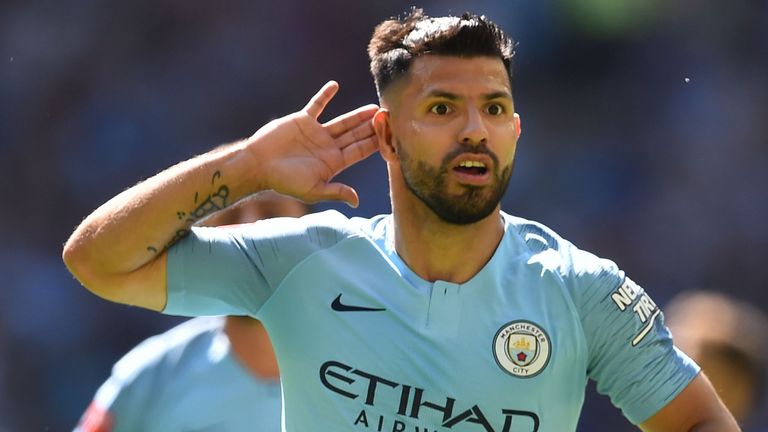 Earlier today, the reigning EPL Champions, Manchester City played against the FA holders, Chelsea. While the game ended in a commanding 2-0 win for Guardiola’s men, the match brought up some talking points for the upcoming season, especially for the West London club and new manager, Sarri.

For a large part of the game, Chelsea’s midfield, comprising the trio of Barkley, Fabregas and Jorginho looked pedestrian in comparison with City’s and isn’t too far fetched to say that was where as the game was won/lost. Bernaldo Silva was allowed to control the game and he seemed to relish the opportunity to impress Guardiola, having played only a bit part role in last season’s triumph, While Barkley’s dynamism and mobility was a positive, Fabregas’ lack of it should be a concern, especially in a league famous for its end to end stuff. Chelsea missed Kante and it was obvious.

City are still the team to beat

Defending Champions, Manchester City are definitely still the team to beat and today only confirmed that. Looking at their rivals, City look the more balanced, from defence to midfield, and then to attack. And they just added further firepower in Mahrez to the squad. The issue will be how Guardiola, whose man management has been questioned in the past, manages the ego. Liverpool might be their closest challenger as Klopp seems to be building what looks on paper to be a really good team. Manchester United, who came second last season have many issues off the pitch, which looks as if might derail happening on it. Arsenal, i believe are dark horses, and should not be over-looked. The club has a positivity about it now that has been missing for a while, and if they are able to keep that, might just be the surprise package of the season. And their business over the past 12 months have been nothing but smart.

What the coaches said:

“The performance of Bernardo Silva was a masterpiece,” the City boss said.

“Everybody knows the wingers want to compete. Right now, it is Bernardo and 10 players more. Right now. But in 11 months it depends on what they show me on the pitch.

“Bernardo is far away from other guys, so that’s why, at the moment.

“He is so intelligent, he is clever. He is a fighter, a competitor. I think he is the guy most beloved in our team and today he showed me a lot of things.

“I think the first half not too bad. In the second half there was a big difference in a physical point of view. Our pre-season has been a bit crazy. We have to work.

“I like [Barkley]. He is a technical player. He has to improve on the defensive phase. It’s difficult to play with Jorginho, Cesc [Fabregas] and Ross all together but I like him.”

Kano Deputy Governor Resigns Due To His ...