Hollywood actor, Steven Seagal, who was granted Russian citizenship in 2016 and has praised President Putin as a great world leader, has been appointed as a special envoy to improve ties with the United States.

The Russian Foreign Ministry disclosed this on it’s official Facebook page, saying the unpaid position was similar to that of a United Nations’ goodwill ambassador and Seagal would promote US-Russia relations “in the humanitarian sphere”. 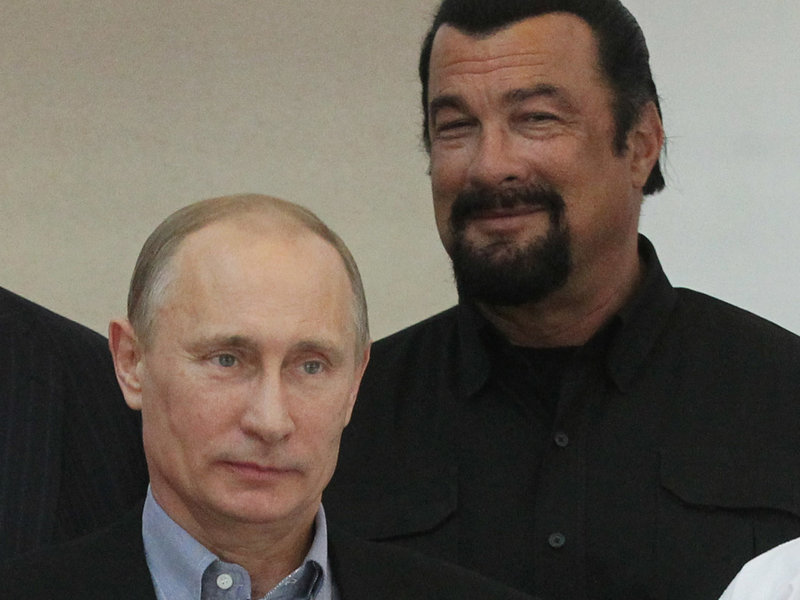 Steven Seagal @sseagalofficial, who is a Russian citizen, has been appointed as a special representative of the Russian Foreign Ministry @mfa_russia in charge of the ??#RussiaUS?? humanitarian ties

Seagal, 66, has defended the Russian government over claims of meddling with 2016 US elections. He has also called President Putin “one of the great living world leaders”. For him, his Russian citizenship is a symbol of how relations between Moscow and Washington were starting to improve.

The martial arts star was born in the US and gained international recognition for his roles in the 1980s and ’90s like Under Siege.

He is also one of the Hollywood stars accused by several women of sexual misconduct in the wake of the #MeToo campaign, which he has denied.

In 2016, he was also granted Serbian citizenship following several visits to the Balkan country.

Chidinma in trouble with promoter over alleged ...