SEUN KUTI GETS TATTOO IN HONOUR OF HIS LATE FATHER, FELA KUTI 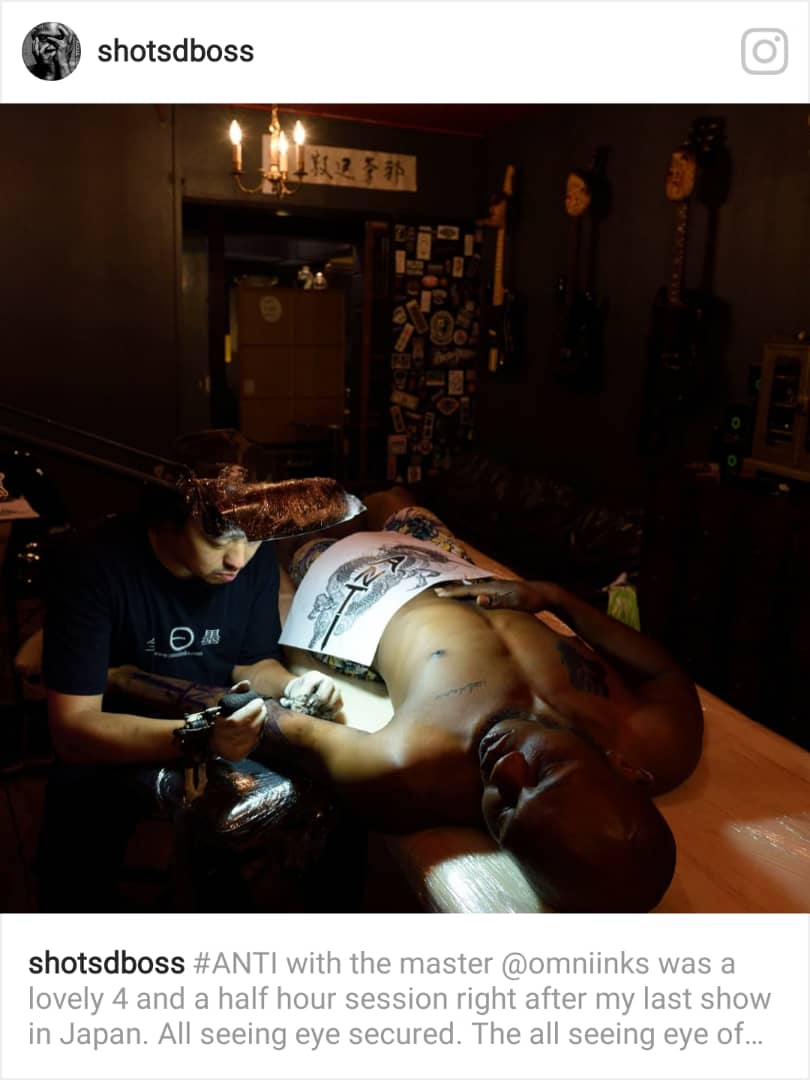 Seun leads his father’s former band Egypt 80. He wrote this on Instagram:
“ANTI with the master @omniinks was a lovely 4 and a half hour session right after my last show in Japan. All seeing eye secured. The all seeing eye of Horus! The path to our knowledge and understanding of self. My father was explaining to me the papyrus of Ani when I was 12( like he knew we didn’t have time) but I never got it. I do now. You know why they say ‘Amen’ at the end of every prayer it’s because no matter how much u lie if u want the universe to respond u have to call the name of the one true teacher AMEN RA! Done August 2nd 21 years after my father’s transition. The pain has reached drinking age. Matured into understanding and knowledge and this is to say thanks to the founder of EGYPT 80. We are loyal baba! 21 years after “.